Art of the Benin Kingdom

The Kings of Benin commissioned sculptures that stand among the most celebrated art traditions in history.

The court of the Benin kingdom, located in Benin City, Nigeria, supported two guilds of artists who created masterpieces in bronze and ivory. Founded around the year 900, by the 15th century the kingdom grew to encompass an area the size of New England, with more than 2 million subjects. In this period of expansive local and international trade, the Oba, or king, commissioned a dazzling array of sculpture to celebrate his growing success and to commemorate earlier kings. Benin art has fascinated the kings' subjects, ambassadors to the court, and art collectors ever since.

In 2012, Robert Owen Lehman gave his collection of art from the Benin kingdom to the MFA. The 34 pieces now on display in Gallery 172 include a number of rare masterpieces from this famous tradition, including one of the earliest surviving altarpieces depicting a Portuguese soldier and a particularly excellent sculpture of a warrior on horseback. Fifteen bronze plaques, from a 16th-century installation in the king’s audience courtyard, are also on view in the gallery, and highlight the wealth of this historic empire. The tours below introduce you to life in the palace at the height of its power.

More than 3,500 artworks created by the royal brass-casting guild and the royal guild of ivory workers are held in Nigerian, European, and American collections today. The largest collections of Benin court art are held by: the British Museum, London; the Ethnologisches Museum, Berlin; the Weltmuseum, Vienna; the Metropolitan Museum of Art, New York; and the National Commission of Museums and Monuments, Lagos.

Some of these museums have posted their collections online:
The British Museum
The Metropolitan Museum of Art
Weltmuseum Vienna

The Lehman collection was formed in the 1970s and 1980s. It includes many pieces from the collection of General Augustus Fox Lane Pitt-Rivers, an avid British collector of African art and ethnographica at the turn of the 20th century. Pitt-Rivers donated a collection to Oxford University, but continued to acquire artwork and ethnographic specimens for his private museum in Farnham, Dorset. Like many collectors and curators of his generation, Pitt-Rivers was fascinated by the fine workmanship of Benin court bronzes and ivory sculptures. He, like other museums and private collectors, purchased these artworks in the years following the British colonial occupation of what is now Nigeria. Some art was sold directly by the British government, which had taken a part of the Benin royal treasury during a war with the kingdom in February 1897. Some pieces were taken by British soldiers and officers, and later sold in Europe by these soldiers or their families. Other artworks may have left the court in the years that followed through local sales to European traders in the port city of Lagos. Today, the ethics of collecting and displaying works removed from their places of origin during periods of European colonialism is a subject of debate among museums, local and national governments, collectors, and the public. By exhibiting Benin bronzes at the MFA, we hope to spark conversation about past conflicts and their legacies in a global world, while offering visitors the opportunity to experience these magnificent works of art in a public collection where they can be seen by all.

For more information on the Pitt Rivers collections, see the Oxford University Web site Rethinking Pitt-Rivers, which explores the collector’s legacy and publishes the water-color illustrations and records of his private holdings.

For more information on provenance research at the MFA, visit our provenance page. 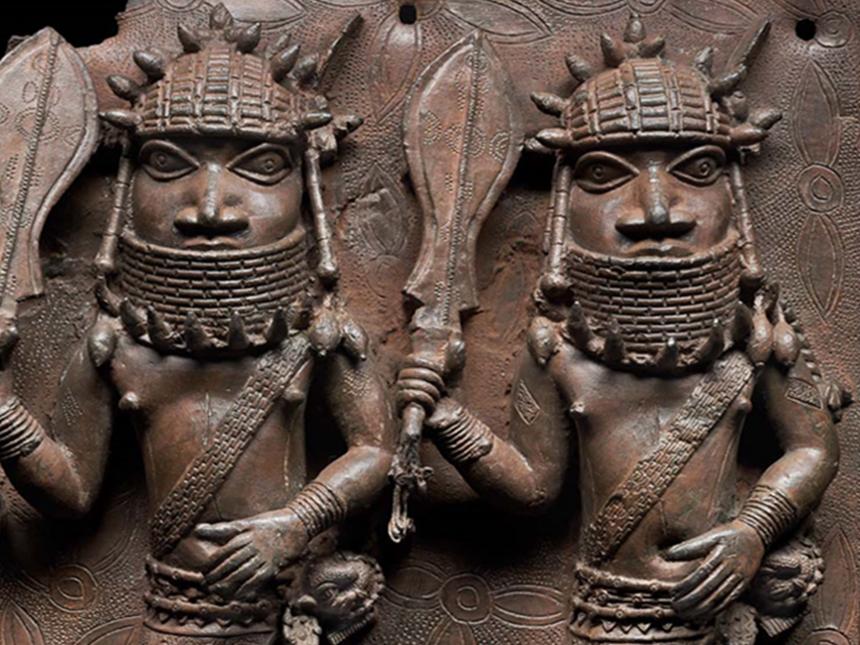 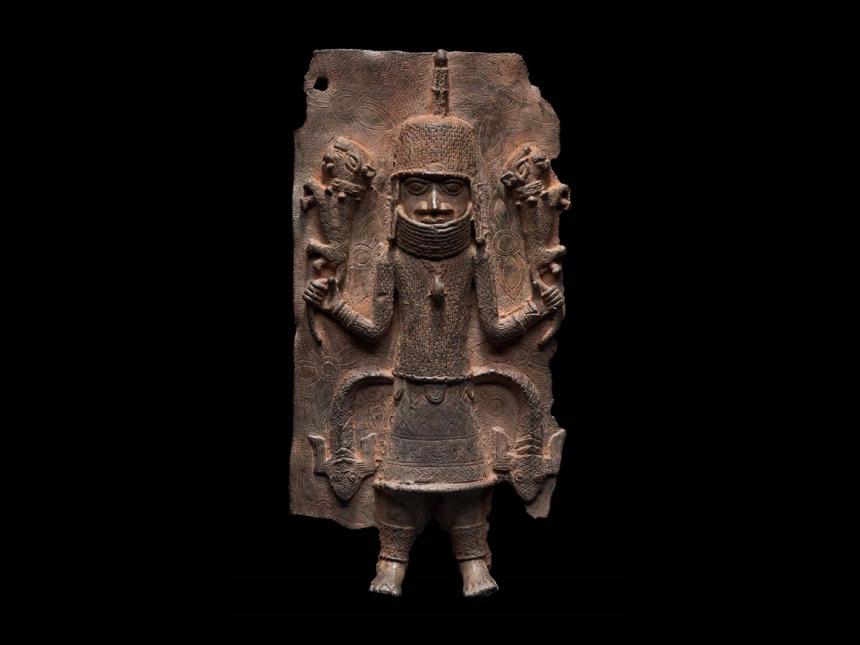 The Palace in Benin City 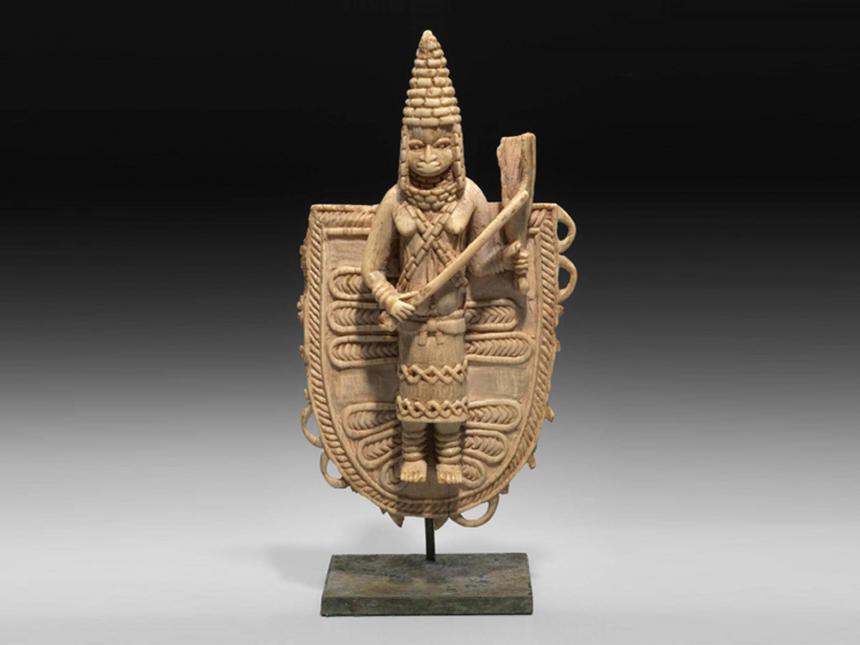