El Greco to Velázquez
Art during the Reign of Philip III

"A vivid, often passionate picture of Spain at the dawn of the 17th century...Putting these two geniuses in context with their contemporaries charts a fascinating progression." —Cate McQuaid, Boston Globe

This groundbreaking exhibition examines a fascinating period (1598–1621) bracketed by the two giants of Spanish painting, El Greco and Velázquez. Discover the masterpieces of Philip III’s court and the artists who flourished during his reign.

To separate themselves from Philip II’s approach to governing, Philip III and his court "issued in a new style of grandeur" (in the words of their contemporary Gil González d’Avila), where gala celebrations, elaborate religious fiestas, building campaigns, and picture collecting were the order of the day. Much of the art produced at and for the court reflected this style, replacing the austere art created for Philip II with a more naturalistic and emotionally expressive art that became the hallmark of Philip III’s reign.

"El Greco to Velázquez: Art during the Reign of Philip III" features paintings, sculpture, and decorative arts—including a partial recreation of the camarín of the Duke of Lerma, the most important non-royal collector in Europe at the time and the favorite of Philip III—organized around themes such as portraiture, religion and the court, and the birth of still life.

Learn more about the contemporary Spanish works in the complementary exhibition "Antonio López García," which was on view Apr 13–Jul 27, 2008.

The exhibition is supported by Bank of America.

The exhibition is organized by the Museum of Fine Arts, Boston, and the Musée du Louvre and is supported by an indemnity from the Federal Council on the Arts and the Humanities.

The television media sponsor is WCVB-5.

The exhibition and the catalogue are presented with the collaboration of SEACEX and Gobierno de Espana. 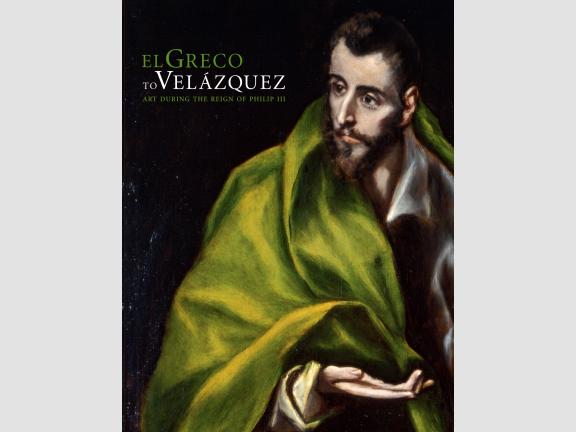 El Greco to Velazquez
Art during the Reign of Philip III

El Greco to Velázquez provides a glimpse into the little-known artistic world of Philip III’s Spain (1598‒1621), a time of cultural and political...