Made in the Americas
The New World Discovers Asia

Extraordinary objects tell the story of the influence of Asia on the arts of colonial America.

Within decades of the “discovery” of America by Spain in 1492, goods from Asia traversed the globe via Spanish and Portuguese traders. The Americas became a major destination for Asian objects and Mexico became an international hub of commerce. The impact of the importation of these goods was immediate and widespread, both among the European colonizers and the indigenous populations, who readily adapted their own artistic traditions to the new fashion for Asian imports.

“Made in the Americas” is the first large-scale, Pan-American exhibition to examine the profound influence of Asia on the arts of the colonial Americas. Featuring nearly 100 of the most extraordinary objects produced in the colonies, this exhibition explores the rich, complex story of how craftsmen throughout the hemisphere adapted Asian styles in a range of materials—from furniture to silverwork, textiles, ceramics, and painting. Exquisite objects from Mexico City, Lima, Quito, Quebec City, Boston, New York, and Philadelphia, dating from the 17th to the early 19th centuries, include blue-and-white talavera ceramics copied from imported Chinese porcelains, elaborately decorated furniture inspired by imported Japanese lacquer, and luxuriously woven textiles made to replicate fine silks and cottons imported from China and India.

The timing of the exhibition marks the 450th anniversary of the beginning of the Manila-Acapulco Galleon trade between the Philippines and Mexico, which was inaugurated in 1565 and ended in 1815, two and a half centuries later.

Presented with generous support from the Terra Foundation for American Art.

“Made in the Americas: The New World Discovers Asia” has been made possible in part by the National Endowment for the Humanities: Celebrating 50 Years of Excellence.

Additional support provided by The Huber Family Foundation and the Jean S. and Frederic A. Sharf Exhibition Fund.

Generous support for the publication was provided by the Andrew W. Mellon Publications Fund. 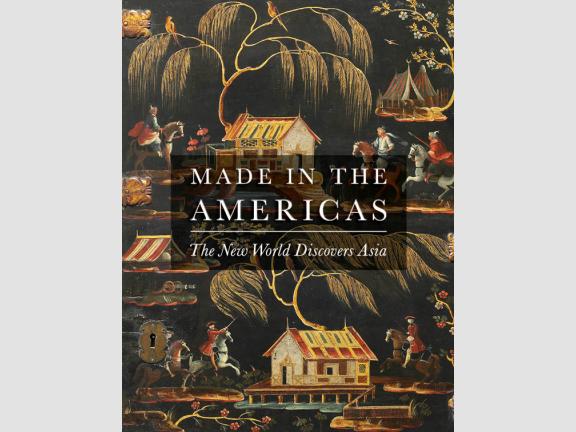 Made in the Americas
The New World Discovers Asia

Made in the Americas reveals the largely overlooked history of the profound influence of Asia on the arts of the colonial Americas. Beginning in the...