During the first half of the 20th century, and especially after the conclusion of the First World War, every industrialized society grappled with what it meant to be modern. In the United States, the speed of modern life, accelerated by the invention of cars, airplanes, electric lighting, telephones, mass-media marketing, and more, led to a fundamental shift in how people lived their lives and what many chose to live with. Modern art and design celebrated elements of this new American lifestyle, including skyscraper living, cocktail parties, speedy transportation, and technological innovation, becoming part of American everyday life in the process. The “modern look” came to represent American hopes, dreams, and fantasies. Modern design retained these optimistic connotations, and even increased in popularity, after the 1929 stock market crash and the start of the Great Depression in the 1930s. The creative use of technology; novel, less-expensive materials; innovation and adaptation—all hallmarks of American modern design—were heralded as the way to a better, stronger future.

The exhibition explores this new American lifestyle and how it inspired an American style of modern design. American skyscraper architecture, advances in transportation, the spread of electricity, and other influential elements of modern life are explored through the iconic objects they inspired. Examined together, these objects offer further insight into the social, cultural, technological, political, and economic world in which they were made and used. Drawing heavily, but not exclusively, upon the John Axelrod Collection, “America Goes Modern” features a range of household furnishings, including furniture, ceramics, metalware, textiles, and glass, as well as car models, cameras, and other works from the leading designers of the era, including Paul Frankl, Donald Deskey, Kem Weber, and Gilbert Rohde, to name just a few. Key objects include Frankl’s “Skyscraper” desk and bookcase, Harley Earl’s design model for General Motor’s 1934 LaSalle, and Walter Dorwin Teague’s “Sparton Bluebird” radio.

A publication will accompany the exhibition. (2020) 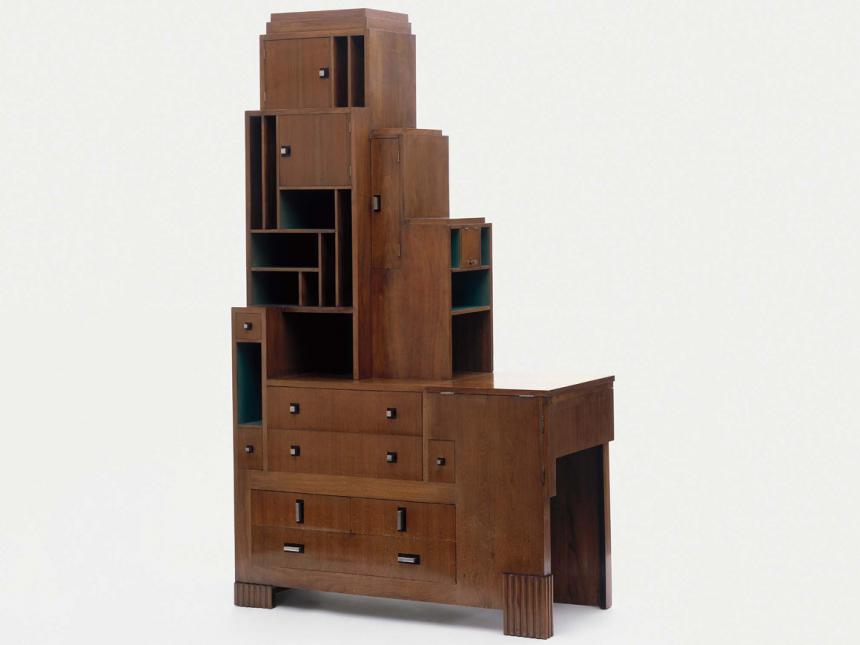