Large-scale decorative tattoos became one of the most eye-catching art forms of Japanese popular culture during the late Edo period (1615–1868). They first began to appear in cities such as Edo (modern Tokyo) and Osaka in the early 19th century. Previously, tattoos were small and used to mark criminals or give proof of deep devotion to a lover or patron deity.

Tattoos were closely related to woodblock prints. Many of the early tattoo artists were trained as blockcutters, craftsmen who transformed designs drawn on paper into carved wooden blocks for mass-producing prints. In the late 1820s, the artist Kuniyoshi designed a series of prints showing Chinese martial arts heroes with spectacular tattoos that were—and still are—often copied by real-life tattoo artists.

During the Meiji era (1868–1912), the government’s desire to modernize Japanese life led to an official prohibition of tattooing in Japan that lasted until the mid-20th century. The ban temporarily pushed the practice underground, and the strong associations that it created between tattooing and organized crime linger even today.

The exhibition explores the social background, iconography, and visual splendor of Japanese tattoos through the printed media that helped to carry them from the streets of Edo-period Japan to 21st-century tattoo shops all over the world. 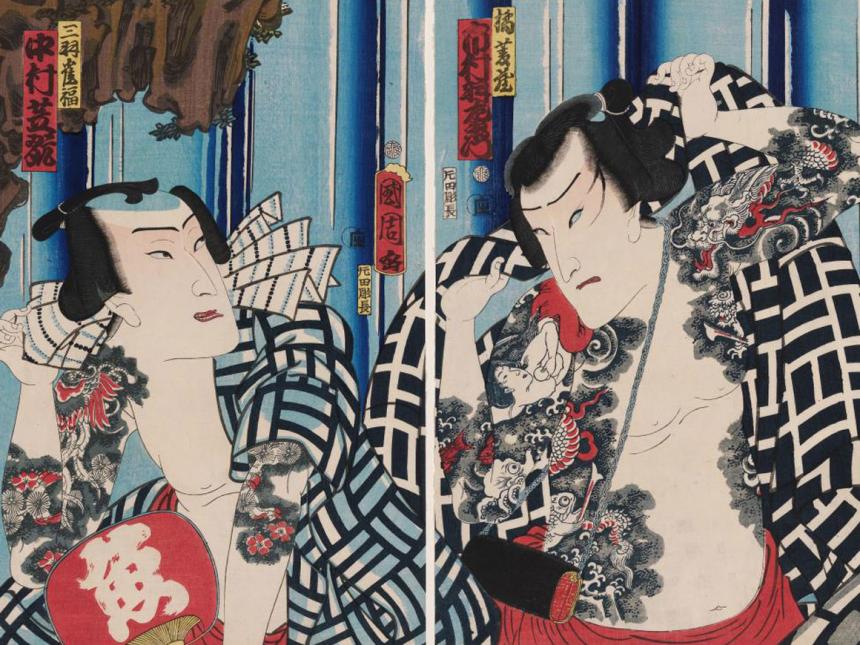