Brief introduction to the primary conservators 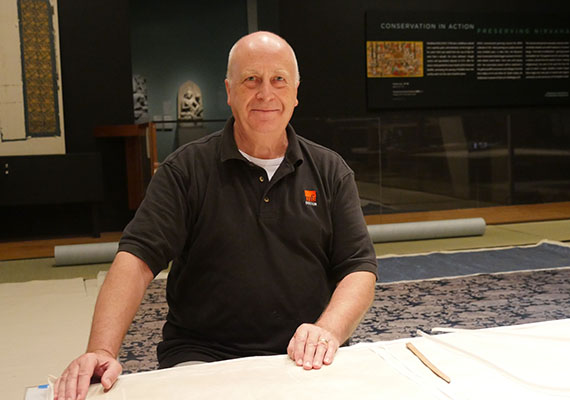 Philip Meredith is the lead conservator for this project. He graduated from Brighton College of Art, in the United Kingdom, in 1973 with a B.A. in Painting. He then traveled to Tokyo, Japan in 1977 as an editor and illustrator for The Linguaphone Institute. After being introduced to the Usami family, he began an apprenticeship with the Usami Shokakudo conservation studio, within Kyoto National Museum’s Conservation Center for Cultural Properties, which lasted from 1981 until 1992. At the time, Mr. Meredith was only the second westerner ever to have completed a ten-year apprenticeship in one of the nine studios registered by the Japanese government to conserve Japanese cultural properties. In 1992, Mr. Meredith was appointed by the Dutch Ministry of Welfare, Health and Culture as Head of the Far Eastern Conservation Centre at the National Museum of Ethnology in Leiden, Netherlands. In 2004, he joined the Museum of Fine Arts, Boston as Higashiyama Kaii Conservator of Japanese Paintings, a position that the Museum had been trying to fill for ten years. 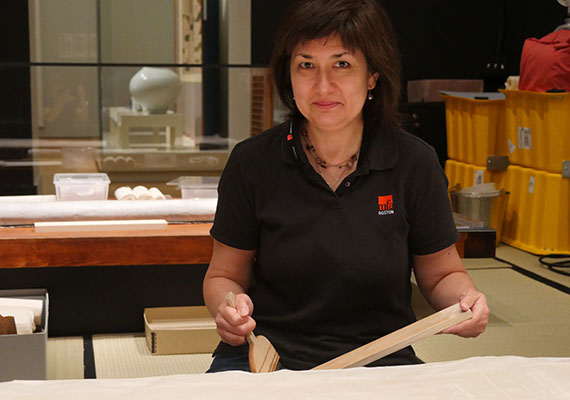 Tanya Uyeda graduated from Oberlin College, in Ohio, in 1988 with a B.A. in East Asian Studies and History. From 1989 to 1991, Ms. Uyeda studied as a Monbusho Research Scholar in Japanese literature at the University of Nagoya. She graduated from Tokyo National University of Fine Arts in 1997 with an M.A. in Preservation of Cultural Properties. Concurrent with her graduate studies and following graduation, she trained at the Handa Kyuseido conservation studio in Tokyo, one of only twelve conservation studios registered by the Japanese government to conserve Japanese cultural properties. In 2000, she began at the Museum of Fine Arts, Boston as Assistant Conservator for Japanese paintings, and in 2009, she was promoted to Associate Conservator. 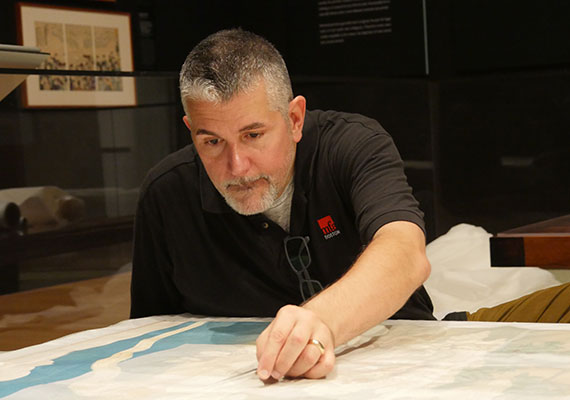 Andrew Hare graduated from Oberlin College in 1985 with a B.A. in East Asian Studies and a minor in Chemistry. After two years of studying art history and traditional craft in Japan, he returned to the United States for pre-program training in Western conservation. In 1990, he went back to Japan to pursue a ten-year apprenticeship at the Usami Shokakudo conservation studio, where he and Philip Meredith overlapped for two years. He is the third westerner to complete a ten-year apprenticeship at an accredited conservation studio in Japan. Since 2000, Mr. Hare has been the Supervisory Conservator of East Asian Painting at the Freer Gallery of Art and the Arthur M. Sackler Gallery, Smithsonian Institution, Washington, DC. 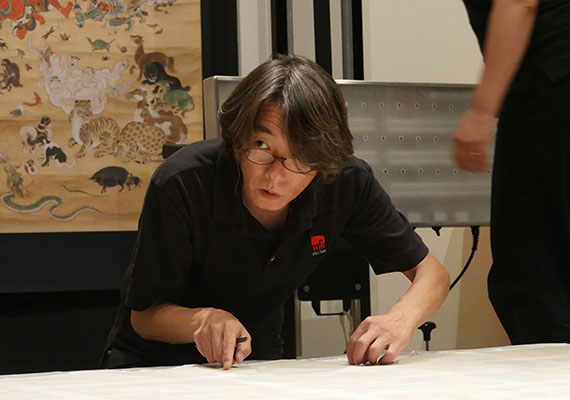 Jiro Ueda was born in Japan. As is the custom for students in Asia, he apprenticed for more than ten years in East Asian Painting Conservation to become a conservator for Japanese paintings. His apprenticeship was at the Chikueido Studio in Kyoto from 1984 until 1991. For the next six years Mr. Ueda worked as a conservator for Baba Hyoami Studio in Kanazawa, Japan. In 1996, Mr. Ueda was hired by the Smithsonian Institution as Conservator of East Asian Painting Conservation for the Freer Gallery of Art and the Arthur M. Sackler Gallery.