Over the coming months, the Objects Conservation and Scientific Research Labs will focus on treatment and further examination of both the head and body.

Conservators hope that the sum of data gathered will provide insights that may help to identify the time period during which the head was attached . 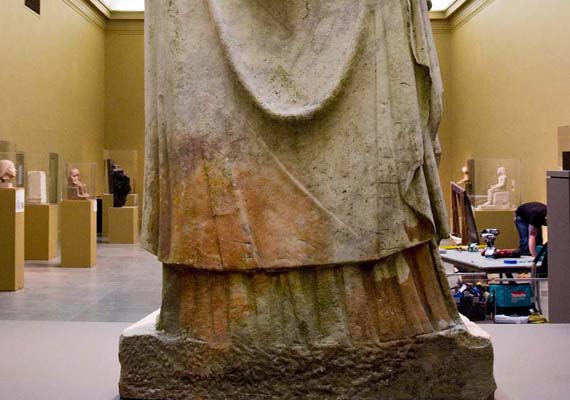 In order to identify the cause of the prominent pink-orange stain, polished cross sections were prepared from marble samples removed from the underside of the base. Examination of these sections in a scanning electron microscope revealed the presence of a lead compound between the grains of the marble. More than 100 years ago, leaden shims were used underneath the sculpture at the Brandegee Estate to steady the sculpture. Over time, a red-colored lead compound formed and migrated into the marble.