Conservation in Action: Juno, Removal of the head, December 2011

Relocation and conservation of a Roman sculpture of the goddess Juno, early second century A.D.:
December 2011, Removal of the head

The head, weighing some 380 pounds, must be removed to prevent damage to the thin neck which may result from vibrations during transport. Old grout is first chiseled out along the join between the head and body, so that the area to be cut is exposed. 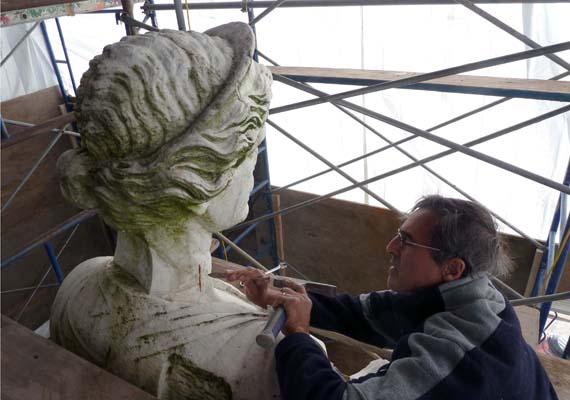 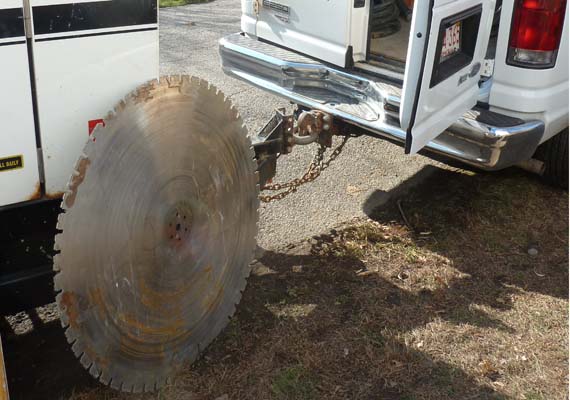 Masons (overseen by M. DeBlasio, Inc.) carefully cut between the head and body to open the gap, and then sever the iron pin connecting the head to the lower neck. 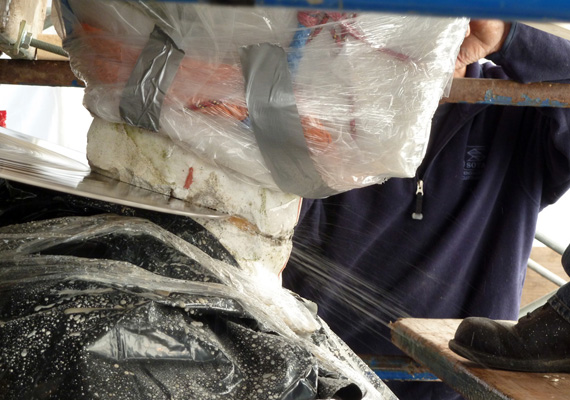 After the pin is cut, the head, already securely rigged in a custom-fabricated setup during the cutting process, is lifted away from the body. 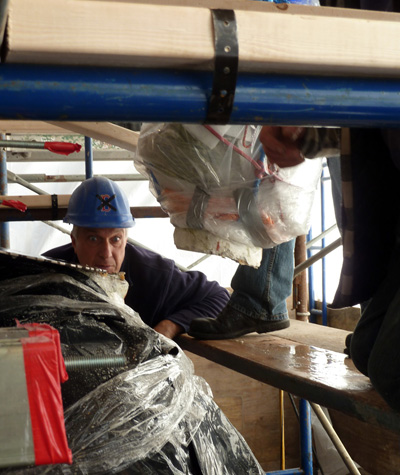 The head is slowly lowered to the ground, to be packed and moved to the Museum. 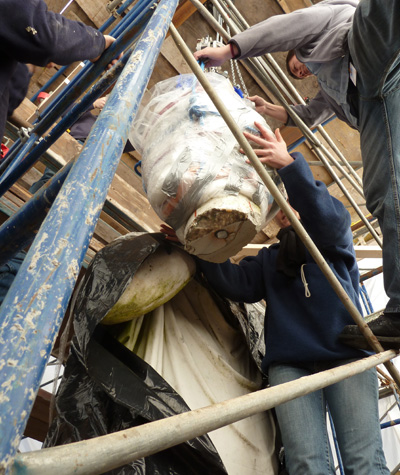 Present on the upper surface of the neck are various adhesives applied over time to secure the head to the body. The thick iron pin is visible in the center. 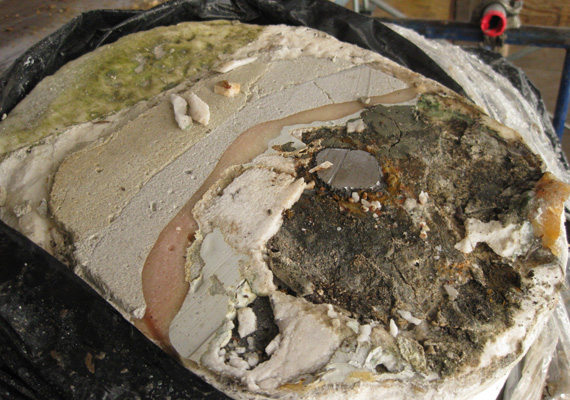 After all the adhesives are removed (and saved for future analysis), the cleaned surface reveals tool marks dating to the time of the repair. 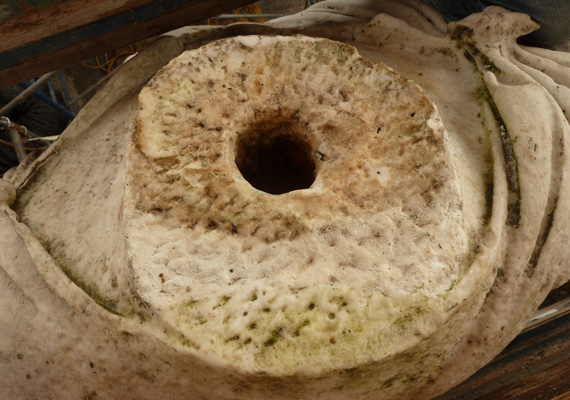 It remains unknown when the head was attached to the body, but future study of the iron pin and the repair materials may provide insights into when the join was executed. The two marbles appear to be of different types, based on analysis of cross sections, so it seems unlikely that the head is original to the sculpture.