Conservation in Action: Juno, Replacement of the nose and lips, March 2013

Relocation and conservation of a Roman sculpture of the goddess Juno, early second century A.D.:
March 2013, Replacement of the nose and lips

While the attachment of the head proceeds in the gallery, the replacement nose and lips are further refined in the conservation laboratory. The nose and lips, previously modeled in clay on a copy of the head, are molded with pink silicone rubber. 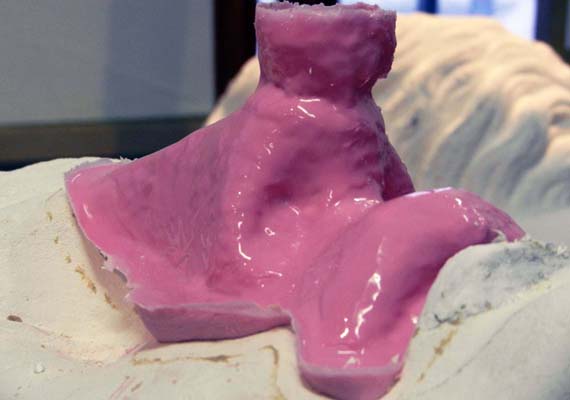 Small outer plaster mantels keep the silicone in the correct shape as it dries. 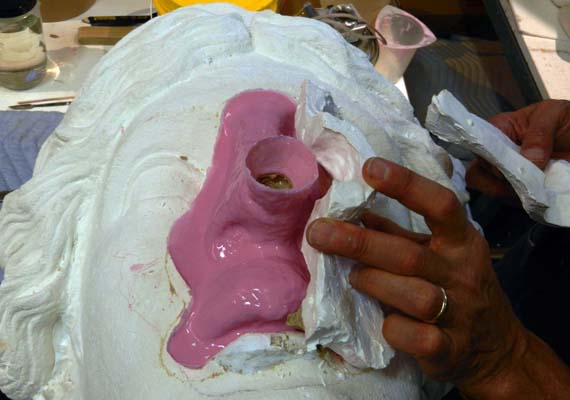 The mold is peeled away and plaster casts made of the new nose and lips. 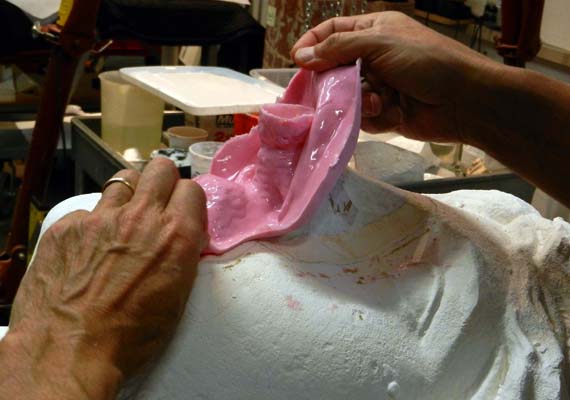 In the gallery, conservators test the fit of the plaster nose and lips on the original face before making small refinements. 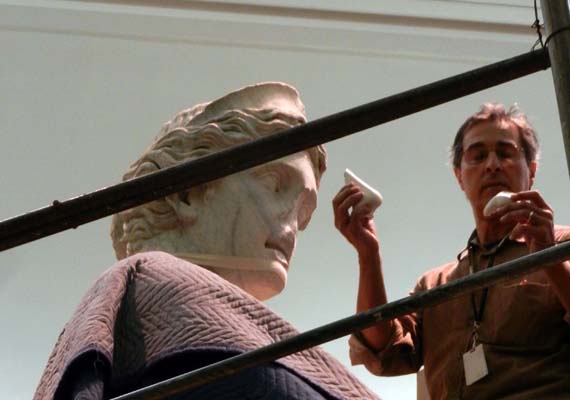 The fitting process lasts several days until a perfect connection is achieved. 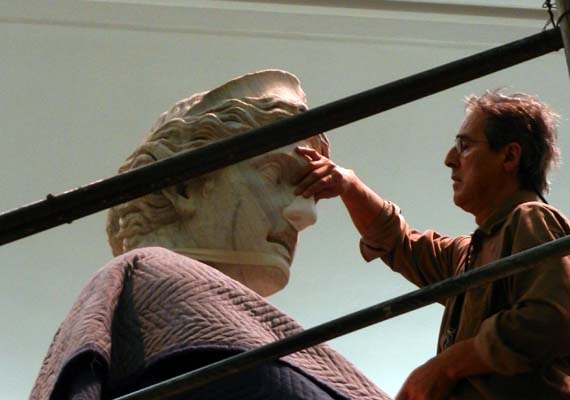 Finally, the missing elements of the face are attached with acrylic resin. Medical bandages keep the nose and lips safe and fixed in position while the adhesive dries. 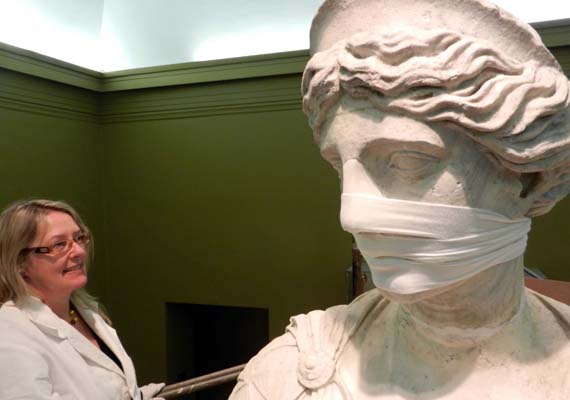 With the bandages removed, it is clear the plaster additions exhibit a surface slightly lighter and smoother than the original marble face. 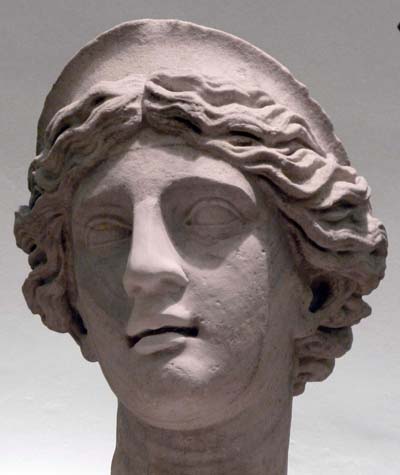 Conservators use paint and different types of pigments and varnish to match the fills to the original marble. 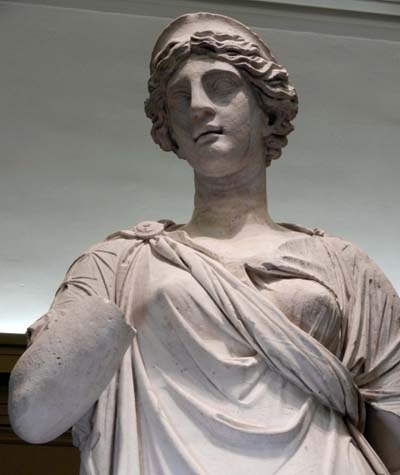 From now through the end of April, conservators will remove or mask minor surface blemishes, such as stains and older fills. Attention to such small details will in the end result in a more unified appearance, which in turn will draw the eye of the visitor to the beauty and intricacy of the ancient sculpture, rather than to the imperfections. 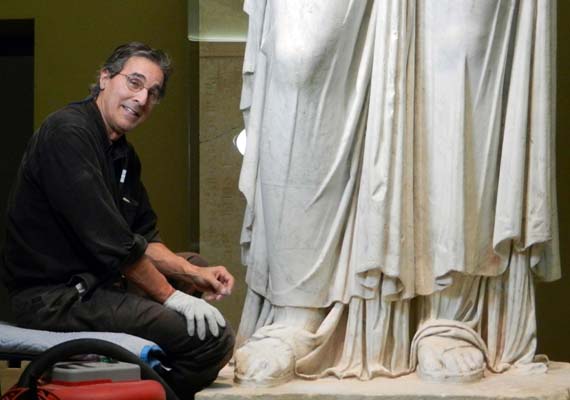 This final cosmetic work, while in technical scope far less complicated than the previous engineering challenges, still requires the skilled hand of conservators and the expert eye of curators. It is not dissimilar from inpainting losses on an old master painting. When complete, the sculpture will stand proud and free of visible armatures.

Boston Globe, April 7, 2012
"A Goddess drops in.  Graceful, austere and, at 13 feet, the tallest classical statue in the US, ‘Juno’ will soon accept visitors at the MFA"
By Geoff Edgers

Radio WGBH, March 6, 2013
Full Show: Face Transplants, Pet Surgeries, Statue Nose Jobs and The Globe's Brian McGrory
Segment 5: Susanne Gänsicke is a member of the Museum of Fine Arts Boston team conducting the Juno Conservation Project. She and her team oversaw the restoration of a well known statue at the museum.

The two-year process to stabilize, move, clean, preserve and restore Juno has now come to an end. In April 2013, the sculpture was seen unobstructed for the first time at the MFA during Art in Bloom, an annual spring event which sees the MFA’s galleries decorated with several dozen floral arrangements inspired by works of art and created by garden club members and professional designers. 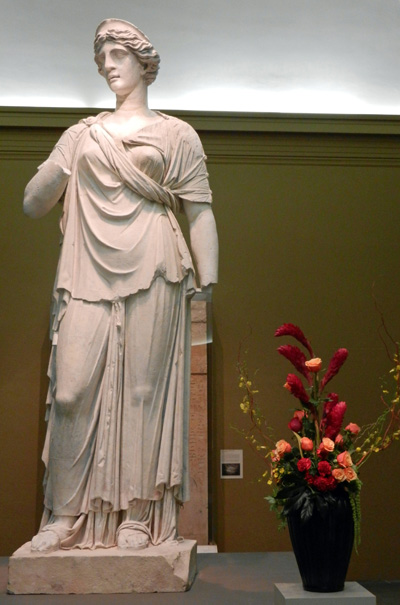