The ancient Egyptian sculpture of Lady Sennuwy, carved from granodiorite in the second millennium B.C., was moved in antiquity from Egypt southward into the land of Kush, today’s northern Sudan, where it was entombed in the burial complex of a local ruler. In 1914, when the sculpture was excavated by the Harvard University-Boston Museum of Fine Arts Expedition, the stone was found to be riddled with cracks and fissures as the result of weathering, a condition particular to this type of rock during burial. The deterioration is due to the oxidation of iron-rich mineral inclusions.

While the sculpture appears to have traveled to the United States without further damage after excavation, during the 1970’s, dislocation of fragments was observed while it was on display in the Museum’s gallery, likely caused by vibrations related to street traffic. In order to stabilize the figure, all cracks were injected with a synthetic resin by former staff of the Research Lab. However, the structural stability of the object remained unknown.

In 2008, Conservation and Collections Management staff examined the sculpture anew and investigated the method with which it had been installed, in order to formulate a plan to temporarily relocate the sculpture to a special exhibition gallery for its inclusion in “The Secrets of Tomb 10A: Egypt 2000 BC” (October 18, 2009-June 27, 2010). An industrial inspection service was hired for Gamma-radiography of the sculpture and exhibition platform, which revealed that the figure was seated on a hollow cube of concrete. Conservators, conservation engineers and a structural engineering firm then developed a multi-step strategy to move the sculpture off its concrete platform and onto a steel base, one that could facilitate all future moves within the Museum.

A two-part steel base, consisting of a mounting palette, to which the sculpture was attached, and an elevated base, was designed and fabricated. During a full-day operation (see images below), the sculpture was tightly wrapped and secured to two gantries, and the concrete base that carried its weight was slowly chipped away with chisel and drills. An ingenious system of car jacks and a form-fitted support assembled in the interior of the hollow base underneath the figure supported her nearly 2400-pound weight, while the new steel frame was fitted and connected underneath the figure. The transfer of the sculpture to the new base was accomplished without exerting any direct pressure on the fragile broken stone, ensuring that the structural integrity of the sculpture remained undisturbed. 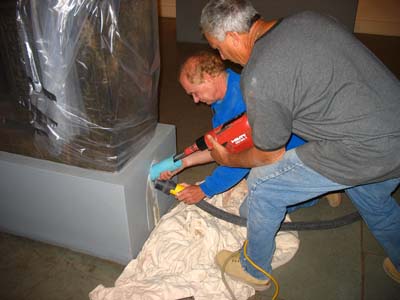 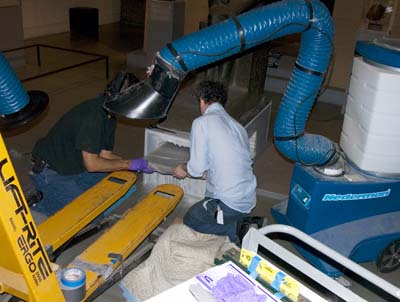 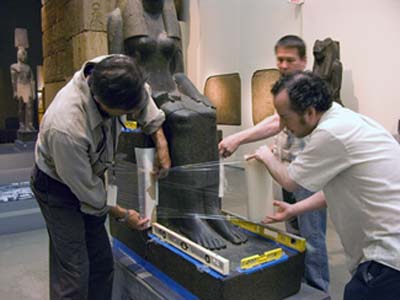 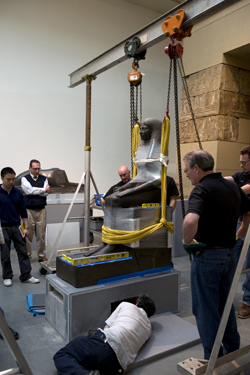 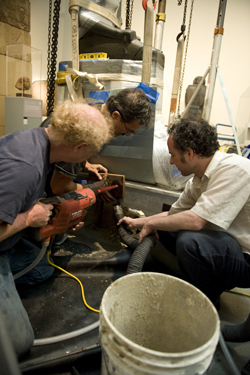 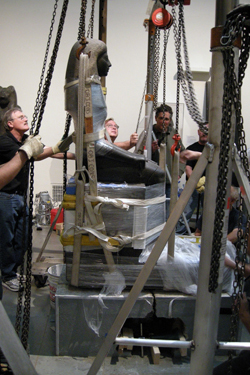 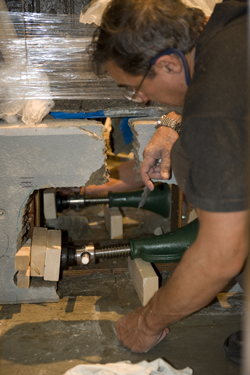 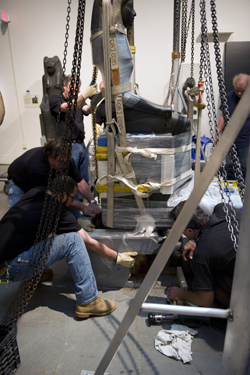 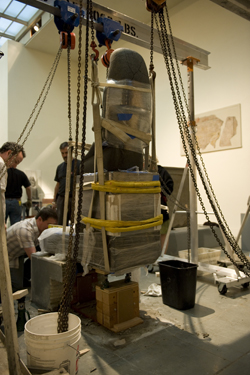 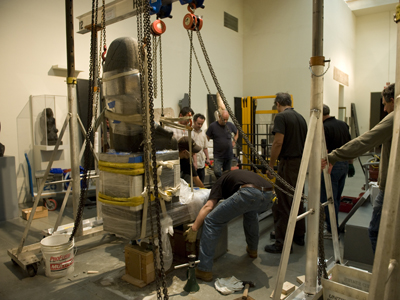 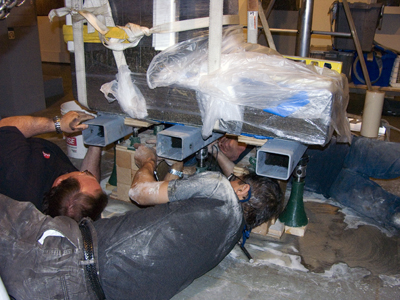 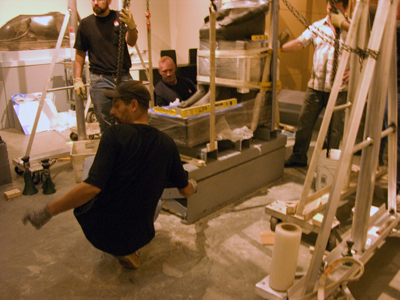 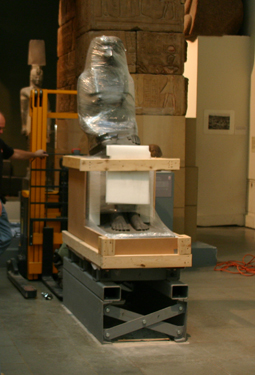 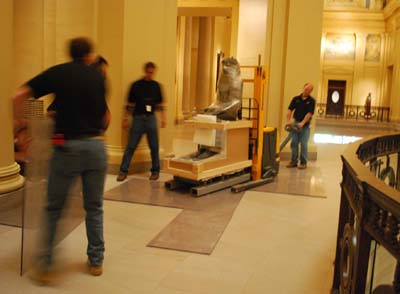