This long gallery displays British works of art from the 16th to the 19th century. Exceptional silver from the Tudor, the Restoration, the Rococo, Neoclassical, and the Regency eras is featured along the North Wall, interspersed with vignettes of furniture, ceramics, and sculpture. The South Wall features wall cases with displays of early British earthenware and porcelain. Ceramic figures, tableware, and teapots from factories such as Chelsea, Derby, and Worcester show the breadth of creativity in that medium, particularly in the 18th century. Highlights of the gallery include an original copy of Wedgwood’s Portland Vase, a rare 17th century Chinoiserie toilet service by Jacob Bodendeich, John Gibson’s marble sculpture Cupid Disguised as a Shepherd Boy, and Gabriel Sleath’s ceremonial silver mace made for Boston, Lincolnshire. 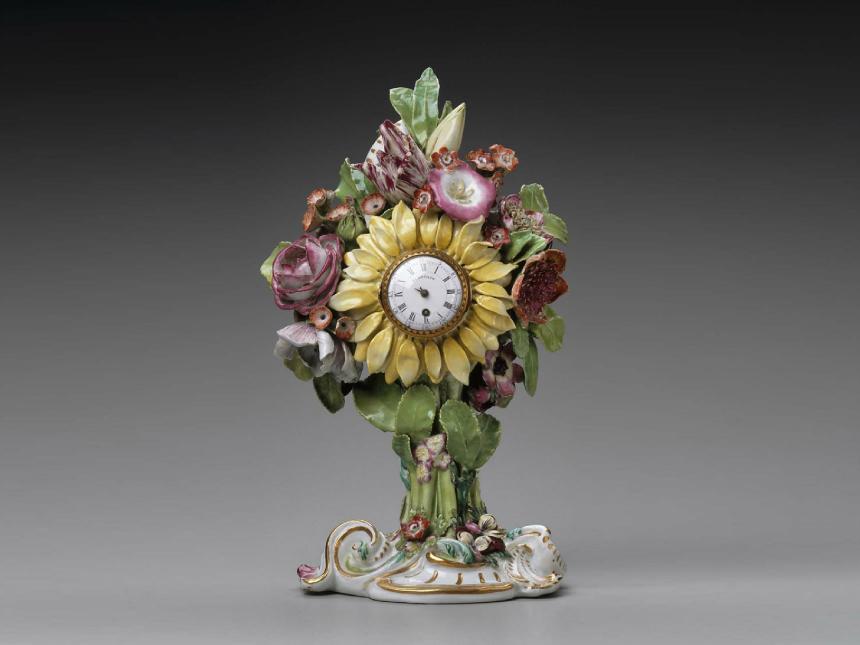