LIFE Magazine and the Power of Photography

Reconsidering the pictures we remember. Revealing the stories we don’t know.

From the Great Depression to the Vietnam War, almost all of the photographs printed for consumption by the American public appeared in illustrated magazines. Among them, Life magazine—published weekly from 1936 to 1972—was both wildly popular and visually revolutionary, with photographs arranged in groundbreaking dramatic layouts known as photo-essays. This exhibition takes a closer look at the creation and impact of the carefully selected images found in the pages of Life—and the precisely crafted narratives told through these pictures—in order to reveal how the magazine shaped conversations about war, race, technology, national identity, and more in the 20th-century United States. The photographs on view capture some of the defining moments—celebratory and traumatic alike—of the last century, from the Birmingham civil rights demonstrations to the historic Apollo 11 moon landing. Far from simply nostalgic and laudatory, the exhibition critically reconsiders Life’s complex, and sometimes contradictory, approach to such stories through works by photographers from different backgrounds and perspectives who captured difficult images of ethnic discrimination and racialized violence, from the Holocaust to white supremacist terror of the 1960s.

Drawing on unprecedented access to Life magazine’s picture and paper archives as well as photographers’ archives, the exhibition brings together more than 180 objects, including vintage photographs, contact sheets, assignment outlines, internal memos, and layout experiments. Visitors can trace the construction of a Life photo-essay from assignment through to the creative and editorial process of shaping images into a compelling story. This focus departs from the historic fascination with the singular photographic genius and instead celebrates the collaborative efforts behind many now-iconic images and stories. Particular attention is given to the women staff members of Life, whose roles remained forgotten or overshadowed by the traditional emphasis on men at the magazine. Most photographs on view are original working press prints—made to be used in the magazine’s production—and represent the wide range of photographers who worked for Life, such as Margaret Bourke-White, Larry Burrows, Henri Cartier-Bresson, Frank Dandridge, Gordon Parks, and W. Eugene Smith.

Interspersed throughout the exhibition, three immersive contemporary “moments” feature works by artists active today who interrogate news media through their practice. A multimedia installation by Alfredo Jaar, screen prints by Alexandra Bell, and a new commission by Julia Wachtel frame larger conversations for visitors about implicit biases and systemic racism in contemporary media.

“Life Magazine and the Power of Photography” offers a revealing look at the collaborative processes behind many of Life’s most recognizable, beloved, and controversial images and photo-essays, while incorporating the voices of contemporary artists and their critical reflections on photojournalism.

The exhibition is accompanied by a multi-authored catalogue, winner of the College Art Association’s 2021 Alfred H. Barr Jr. Award.

Margaret Bourke-White, At the Time of the Louisville Flood, 1937

Margaret Bourke-White, Mrs. Nelson and her two children outside her laundry which she operates without running water, 1936 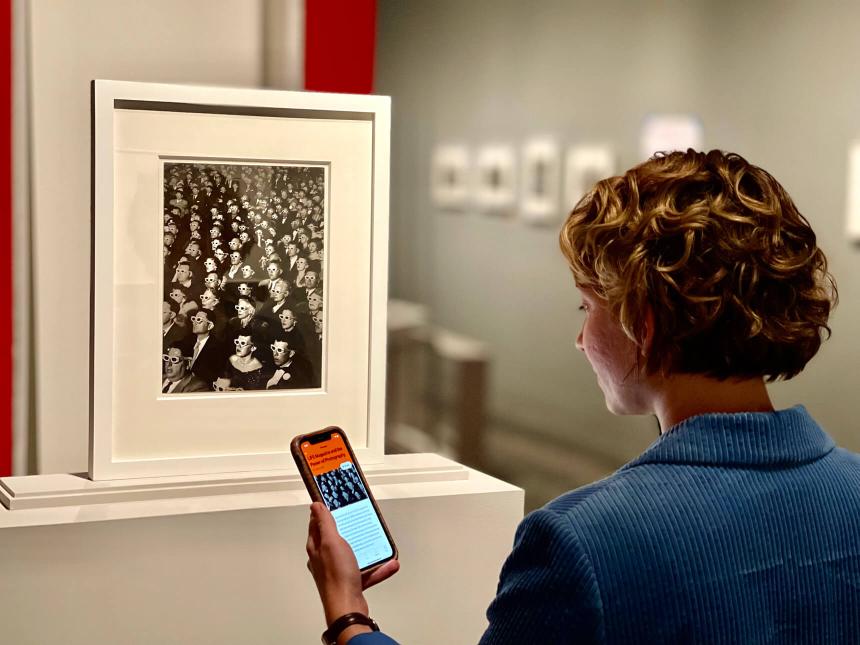 Hear from people who contributed to Life’s visual storytelling, as well as from contemporary artists, curators, and authors who offer perspectives on the media and role of photography today. Download the app onto your smartphone from Apple’s App Store or Google Play, or access it on the web. For the best audio experience in the galleries, remember to bring your ear buds or headphones.

With gratitude to the Phillip Leonian and Edith Rosenbaum Leonian Charitable Trust for its generous support of Photography at the MFA.

“Life Magazine and the Power of Photography” is co-organized by the Museum of Fine Arts, Boston, and the Princeton University Art Museum.