The official philosophy of Korea’s Joseon Dynasty (1392–1910) was Confucianism. Buddhism was suppressed during this period, but in practice, many, including the royal family, continued to believe in Buddhism and to support temples financially. Many temples moved out of the towns to remote mountain locations during the Joseon Dynasty, but these paintings are evidence of the high quality of Buddhist art produced during this nominally Confucian era.

The ten rare framed and glazed Korean Buddhist paintings in “Divine Depictions” are divided into four sections: Buddhas, Bodhisattvas, Kings of Hell, and Portraits of Monks. The artists used mineral colors like malachite (green), azurite (blue), and cinnabar (red), usually painted on hemp or coarse silk and backed with paper, sometimes  as hanging scrolls and at times pasted on temple walls. Very large paintings mounted as banners were sometimes hung outside.

A contemporary painting, Happy Buddha (2008) by Korean American artist Kang Ik-Joong (detail above), shows the continuing influence of Buddhism in present-day South Korea, where about twenty percent of the population is Buddhist.

Presented with support from the National Museum of Korea. Additional support provided by the Dr. Robert A. and Dr. Veronica Petersen Fund for Exhibitions. 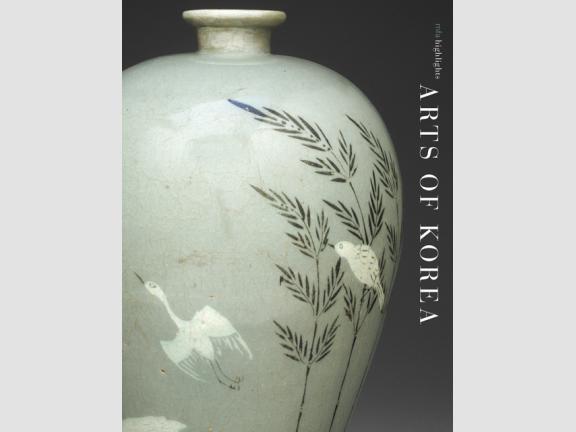 Arts of Korea is now available as an enhanced e-book. The publication explores one of the finest collections of Korean art outside of East Asia...