A way of life, a way of seeing

The photographs of Graciela Iturbide not only bear witness to Mexican society but express an intense personal and poetic lyricism about her native country. One of the most influential photographers active in Latin America today, Iturbide captures everyday life and its cultures, rituals, and religions, while also raising questions about paradoxes and social injustice in Mexican society. Her photographs tell a visual story of Mexico since the late 1970s—a country in constant transition, defined by the coexistence of the historical and modern as a result of the culture’s rich amalgamation of cultures. For Iturbide, photography is a way of life and a way of seeing and understanding Mexico and its beauty, challenges, and contradictions.

This is the first major East Coast presentation of Iturbide’s work, featuring approximately 125 photographs that span her five-decade-long career. Organized into nine sections, the exhibition opens with early photographs, followed by three series focused on three of Mexico’s many indigenous cultures: Juchitán captures the essential role of women in Zapotec culture; Los que viven en la arena (Those Who Live in the Sand) concentrates on the Seri people living in the Sonoran Desert; and La Mixteca documents elaborate goat-slaughtering rituals in Oaxaca, serving as critical commentary on the exploitation of workers. Thematic groupings highlight Iturbide’s explorations of various aspects of Mexican culture, including fiestas, death and mortality, and birds and their symbolism. Her more recent work is presented in two series related to Mexico’s cultural and artistic heritage, featuring plants—mainly cacti—in “intensive care” at the Oaxaca Ethnobotanical Gardens, as well as El baño de Frida (Frida’s Bathroom), a selection of photographs in Gallery 335 depicting personal belongings in Frida Kahlo’s bathroom at the Casa Azul that had been locked away for 50 years after the artist’s death.

Iturbide’s powerful and provocative photographs are anti-picturesque, anti-folkloric. Her work embodies her empathetic approach to photography and her deep connection with her subjects, asking questions through its capacity for imaginary associations. Drawn primarily from Iturbide’s own collection, “Graciela Iturbide’s Mexico” also includes the Museum’s recent acquisition of 37 works by the artist, as well as loans from museums and private collections throughout the US and Mexico. The exhibition is accompanied by an illustrated catalogue produced by MFA Publications.

The MFA’s mission is to be a meeting place of world cultures. Acknowledging the cultural heritage of the artist, gallery labels for this exhibition are provided in both English and Spanish.

Supported by the Leigh and Stephen Braude Fund for Latin American Art, The Bruce and Laura Monrad Fund for Exhibitions, and the Diane Krane Family and Jonathan and Gina Krane Family Fund. 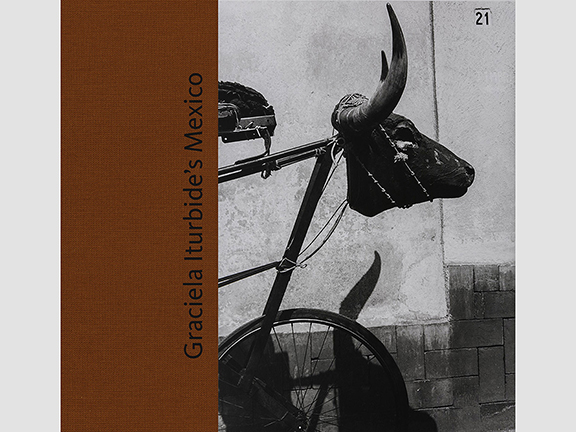 Graciela Iturbide has engaged with her homeland as a subject for the past fifty years in images of great variety and depth. The intensely personal...