Matisse in the Studio

Henri Matisse—who revolutionized 20th-century art—believed that a treasured group of objects was instrumental to his studio practice. “Matisse in the Studio” is the first major international exhibition to examine the importance of Matisse’s personal collection of objects, offering unprecedented insight into the great artist's creativity. See these rare pairings of Matisse's major works with objects of inspiration in "Matisse in the Studio" in its only US venue at the Museum of Fine Arts, Boston.

Five thematic sections—“The Object Is an Actor," “The Nude,” “The Face,” “Studio as Theatre,” and “Essential Forms”—feature a range of works in a variety of media from different points in the artist’s career. Approximately 36 paintings, 26 drawings, 11 bronzes, nine cut-outs, three prints, and an illustrated book by Matisse are showcased alongside about 39 works from his studio collection—many on loan from private collections and publicly exhibited outside of France for the first time. They include a pewter jug, a chocolate maker given as a wedding present, and an Andalusian vase found in Spain, as well as textiles, sculptures and masks from the various Islamic, Asian, and African traditions that Matisse admired. An illustrated catalogue accompanies the exhibition with contributions by renowned Matisse scholars.

The exhibition is organized by the Museum of Fine Arts, Boston and the Royal Academy of Arts, in partnership with the Musée Matisse, Nice.

Sponsored by Bank of America.

Presented with support from the Betty L. Heath Paintings Fund for the Art of Europe, and the Alexander M. Levine and Dr. Rosemarie D. Bria-Levine Exhibition Fund.

This project is supported in part by an award from the National Endowment for the Arts.

This exhibition is supported by an indemnity from the Federal Council on the Arts and the Humanities.

Generous support for the publication was provided by the Andrew W. Mellon Publications Fund. 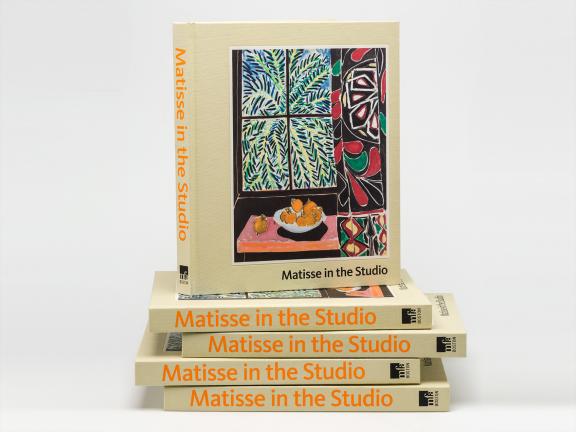 Matisse in the Studio

This book is the first in English to explore the essential role that Henri Matisse's personal collection of objects played in his studio practice...