The Postcard Age
Selections from the Leonard A. Lauder Collection

In the decades around 1900, postcards were Twitter, e-mail, Flickr, and Facebook, all wrapped into one. A postcard craze swept the world, as billions of cards were bought and mailed, or just pasted into albums. Many famous artists turned to the new medium, but one of the great pleasures of postcards is how some of the most beautiful and interesting cards were made by artists whose names we barely know. This unprecedented exhibition traces how big historical and cultural themes of the modern age—enthralling, exciting, and sometimes disturbing—played out on the postcard’s tiny canvas.

“The Postcard Age” features about 400 cards by a wide variety of artists and publishers from throughout Europe and the Americas. It is arranged not by style or country, but by theme, with sections devoted to, among other things, urban life, the changing role of women, sports, celebrity, new technologies, the stylish collectors’ cards of the art nouveau, and World War I. The result is a vivid picture of the cares and concerns of the age and a tempting sampler of the artistic and historical riches found in the Leonard A. Lauder Postcard Archive, the lifetime project of Leonard Lauder and a promised gift to the Museum of Fine Arts, Boston.

Generous support for this exhibition and publication was provided by the American Art Foundation. 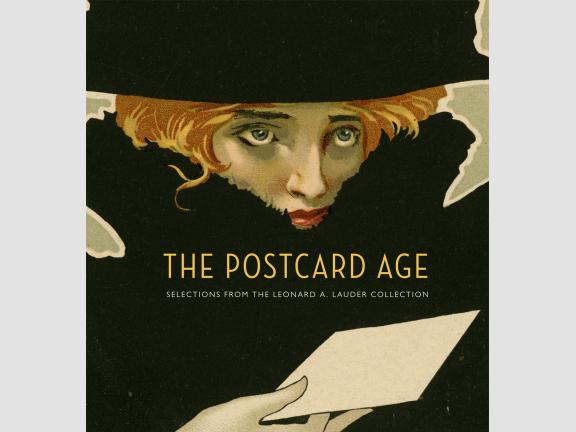 The Postcard Age
Selections from the Leonard A. Lauder Collection