In a 1915 excavation, archaeologists from the Harvard University-Boston Museum of Fine Arts Expedition discovered the entrance to a tomb at the picturesque site of Deir el-Bersha in Egypt. Inside, the MFA team found, in jumbled array, the largest burial assemblage of the Middle Kingdom (2040-1640 BC) ever discovered. The tomb, designated Tomb 10A, was filled with the funerary equipment of a local governor by the name of Djehutynakht and his wife, also named Djehutynakht. Robbers had stolen the finest jewels but left everything else, including the severed (but nicely wrapped and painted) head of one of the Djehutynakhts. The tomb contained four beautifully painted coffins, one of which (detail, shown above), the famous "Bersha coffin" (the outer coffin of the governor), is arguably the finest painted coffin Egypt produced and a masterpiece of panel painting. The tomb also included Djehutynakht’s walking sticks, pottery, canopic jar, and miniature wooden models that were made for the burial but reflect life on Djehutynakht’s estate, including some 58 model boats and nearly three dozen models of daily life such as individual shops for carpenters, weavers, brick-makers, bakers, and brewers. Of these, the best known is the exquisitely carved "Bersha procession" of a male priest leading female offering bearers.

The contents of Djehutynakht’s tomb were awarded to the MFA by the Egyptian government and transported to Boston in 1920. En route, they nearly met with disaster when the ship that was carrying them caught fire. Thankfully, the crew averted disaster, and the material suffered only slight water damage. Following their arrival in Boston, the Museum put the Deir el-Bersha coffin and procession on view in the galleries, but most of the other objects have never been displayed before. Many of the models, in fact, were never fully conserved prior to the preparations for this exhibition.

"The Secrets of Tomb 10A: Egypt 2000 BC" introduces visitors to the concepts of the afterlife in the Middle Kingdom by taking a journey through the remarkable tomb of the Djehutynakhts and its many objects. It also offers an opportunity to gain insight into the fascinating era in which the couple lived by viewing sculptures, jewelry, furniture and other objects representing high officials of their time.

The exhibition is supported by Bank of America.

Major funding is provided by The Calderwood Charitable Foundation.

Additional support for the exhibition is provided by the Institute of Museum and Library Services. 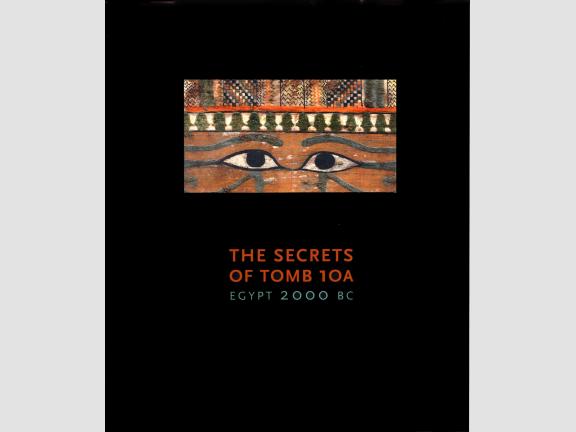