Can you resist the art of persuasion?

Loose lips might sink ships! Strong men, to the front! “The Art of Influence: Propaganda Postcards from the Era of World Wars” presents approximately 150 postcards from World War I through the end of World War II, a time of conflict and upheaval on a global scale. With pithy slogans and bold colors, striking graphics and biting caricatures, postcards from the first half of the 20th century conveyed messages that were easily understood and remembered. This is art with an agenda, meant to justify war, lionize leaders, demonize the enemy, or underscore the need for citizens to make sacrifices for the cause.

“The Art of Influence” highlights postcards as both valuable historical documents and masterworks of graphic design. Featuring approximately 150 postcards produced in Europe, the Soviet Union, the United States, and Japan, the exhibition explores a range of themes connected to early 20th-century propaganda, including leaders, heroes, villains, abstractions, fake news, and mockery. Propaganda was everywhere, transmitted on card stock that was cheap to produce, purchase, and mail. We are setting off for England! (1940) lampoons British leaders, shown looking in the wrong direction during an invasion by German paratroops. In 5th Camp Dux, Opera Balilla (1935), pictured above, members of an elite youth organization in fascist Italy march toward the viewer with clenched fists, outfitted in the trappings of the junior brigade. Whether produced by government propaganda bureaus, opportunistic publishers, aid organizations, or resistance movements, postcards were designed to build and maintain public support as the world hurtled from one crisis to the next.

All of the postcards on view are drawn from the Leonard A. Lauder Postcard Archive. Lauder began collecting postcards during his childhood in Miami Beach, and his collection of roughly 100,000 postcards constitutes the single most comprehensive and carefully gathered in the world.

In addition to postcards, “The Art of Influence” features selected posters and film clips that demonstrate the potency of propaganda across a wide range of media. The same techniques and themes were in play no matter the politics of the regime. “The Art of Influence” invites us to consider how politics and propaganda are intertwined, both in the context of the first half of the 20th century and in our own time. How do words and images shape our collective consciousness? Can you resist the art of persuasion?

Funds for this exhibition provided by the American Art Foundation, Leonard A. Lauder, President. 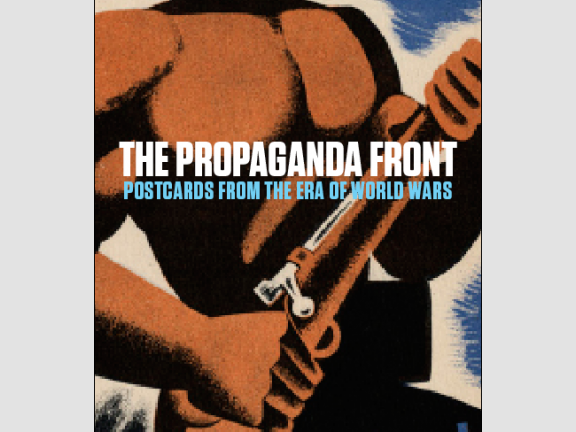 The Propaganda Front
Postcards from the Era of World Wars