Masterpieces of Egyptian Sculpture from the Pyramid Age

Journey back 4,500 years to the Giza plateau in ancient Egypt, where a group of artists and their patrons devised a new way of representing the human body in sculpture. Commanding in presence and sublime in aesthetic, their works represent a pinnacle of artistic innovation. For millennia, the Egyptians looked back on the sculpture of this period as benchmarks to follow.

“Masterpieces of Egyptian Sculpture from the Pyramid Age” tells the story of this artistic moment and the culture that shaped it through some of the singular landmarks of the Old Kingdom (2575–2150 BCE). The bust of Prince Ankhhaf, the man who oversaw the completion of the Great Pyramid, is the most convincing example of realistic portraiture to survive from the Old Kingdom. The pair statue of King Menkaura and queen is one of the most famous Egyptian sculptures in the world. These and every other work on display—all of them undisputed masterpieces—have been in the MFA’s collection since the first part of the 20th century, when they were excavated in Egypt by the Harvard University–Boston Museum of Fine Arts Expedition. Through maps, diagrams, photographs, and firsthand accounts, this gallery also sheds light on how they came from Giza to Boston more than a century ago.

The adjacent gallery, “Faces of Ancient Egypt,” illustrates the breadth of approaches sculptors took in creating distinctive likeness over 2,000 years of Egyptian artistic development. From the Twelfth Dynasty and the Late Period, respectively, the Josephson and Boston Green Heads are sensitive portrayals of a nobleman and a priest with startlingly realistic features. Meanwhile, a portrait of Pharaoh Amenhotep III from the Eighteenth Dynasty smiles broadly without a single crease in its cheeks, making it more of an elegant mask than a lifelike depiction. 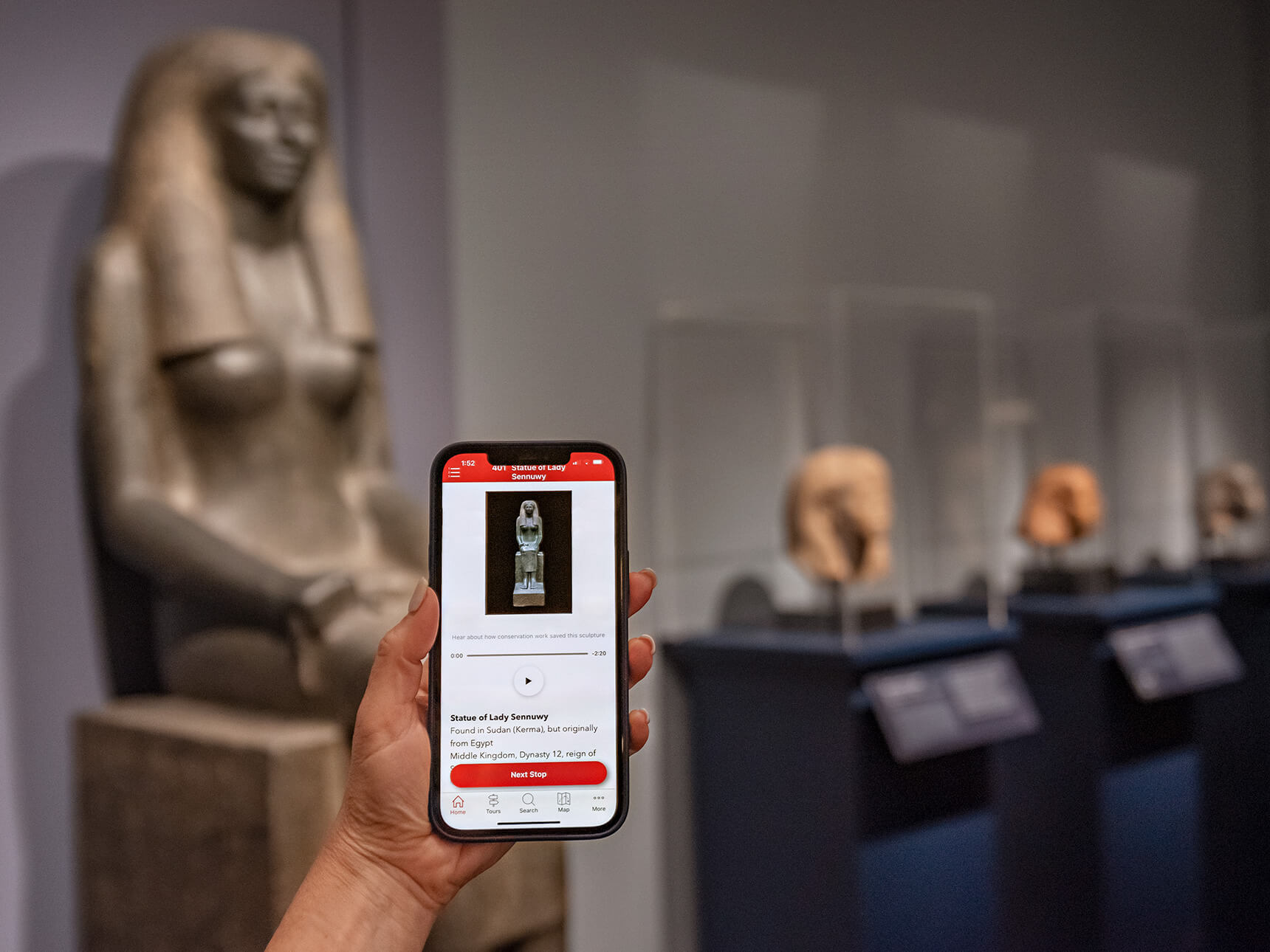 Dive deeper into the artworks in “Masterpieces of Egyptian Sculpture from the Pyramid Age” with audio commentary on our free app, MFA Mobile! Download the app onto your smartphone from Apple's App Store or the Google Play Store, or access it on the web.