Still from César and Rosalie (1972) courtesy of Film Movement.

Still from César and Rosalie (1972) courtesy of Film Movement.

This summer, MFA Film continues its tradition of celebrating French cinema with a selection of films streaming from our Virtual Screening Room. This online mini-festival features an eclectic lineup of 11 new films produced in France—from comedy and romance to experimental cinema.

The MFA’s Ruth and Carl J. Shapiro Film Program continues to present the very best of international, documentary, and independent films during the Museum’s temporary closure. Your participation provides revenue for the MFA and our colleagues at numerous distribution companies. We remain grateful to you, our audiences, for your generous and continued support. 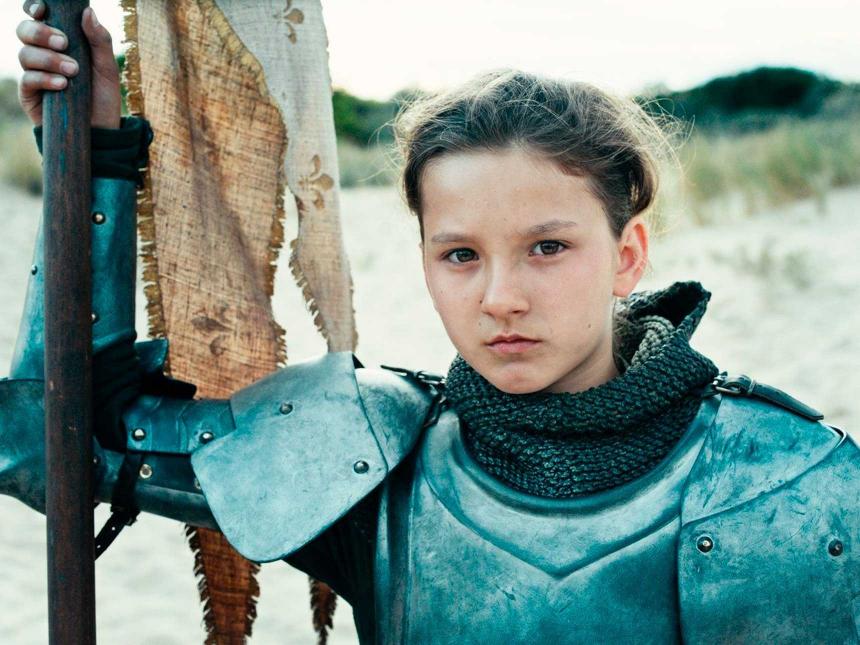 Believing that God had chosen her, the young Joan leads the French army against England’s claim for the French throne. When the Church puts her on trial on charges of heresy, Joan stays true to her mission. Bruno Dumont’s decision to work with a ten-year-old actress reinjects this heroine’s timeless cause with a modernity that highlights the incredible fervor, strength, and freedom women show when shackled by societies. 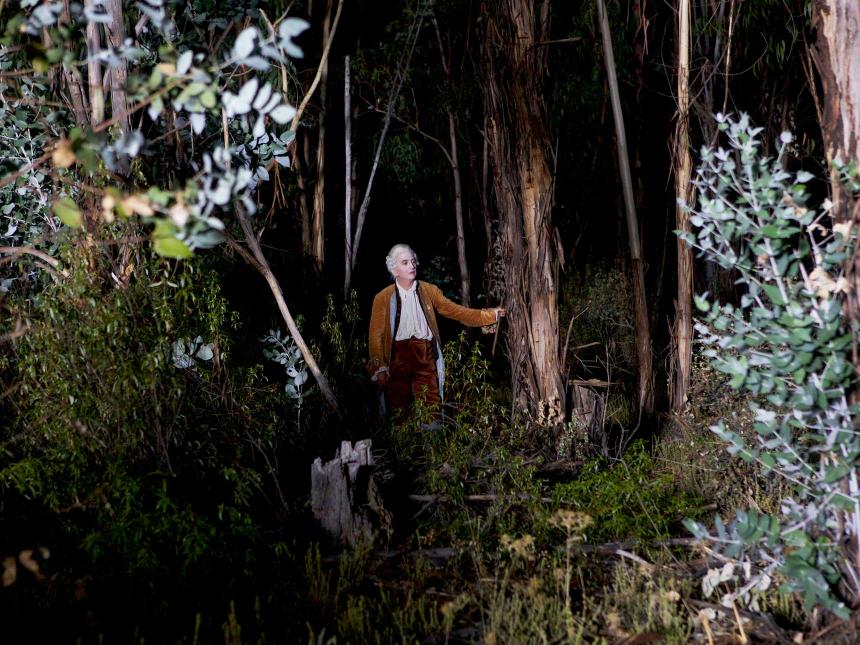 Just before the French Revolution, in a forest outside Berlin, a band of libertines expelled from the court of Louis XVI rendezvous with the legendary German seducer and freethinker, the Duc de Walchen to convince him to join in their mission: the rejection of authority and all moral boundaries. What begins as an evening of strategizing on the proliferation of libertinage, descends into a Sadean night of pansexual one-upmanship. 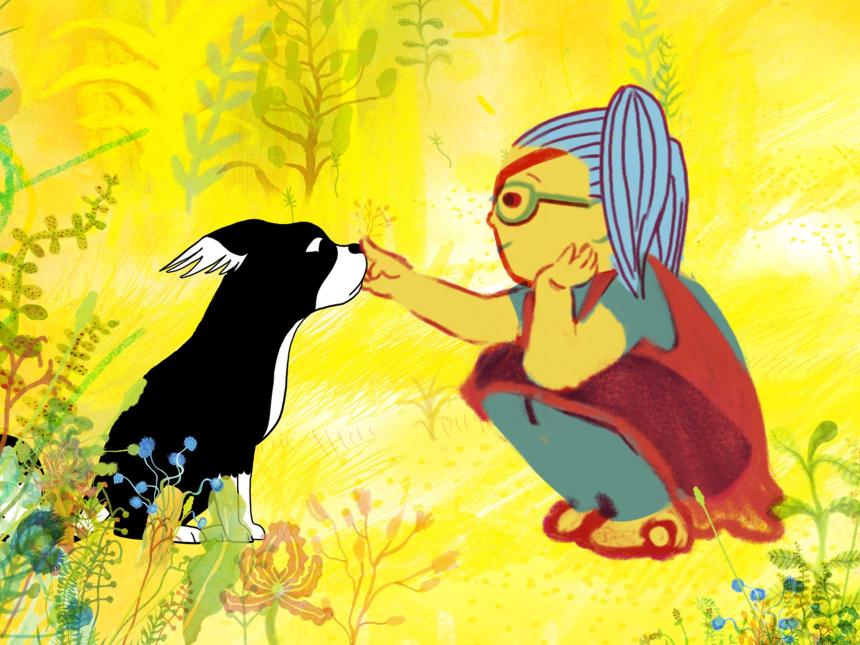 The poetic and touching film from director Anca Damian follows an optimistic stray dog named Marona as she looks back on the human companions she has loved throughout her life. Delivered alongside dazzlingly colorful, sweeping designs produced in part by acclaimed artist Brecht Evens, Marona’s Fantastic Tale is a life-affirming story told with the patient, boundless love of a dog and reminds us that happiness is a small thing. 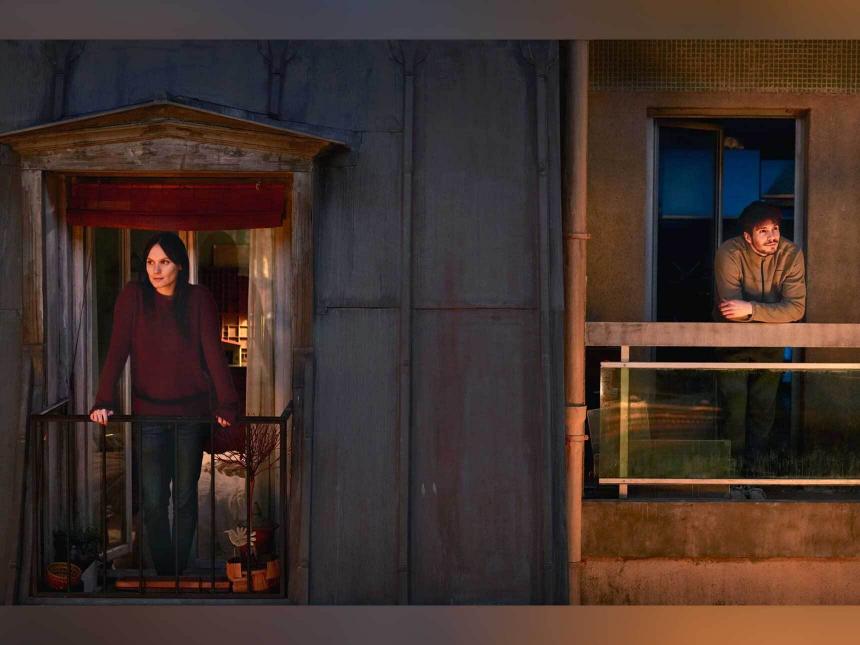 In this Parisian bittersweet romance, warehouse employee Rémy and research assistant Mélanie, who have never met, live parallel lives: they reside in neighboring apartment buildings, ride the same subway route, and are troubled by bouts of insomnia and depression. With unfulfilling jobs, they seek meaningful romantic and platonic connection. As they stumble through our increasingly hermetic modern urban life, the duo orbit around each other but remain just out of reach. 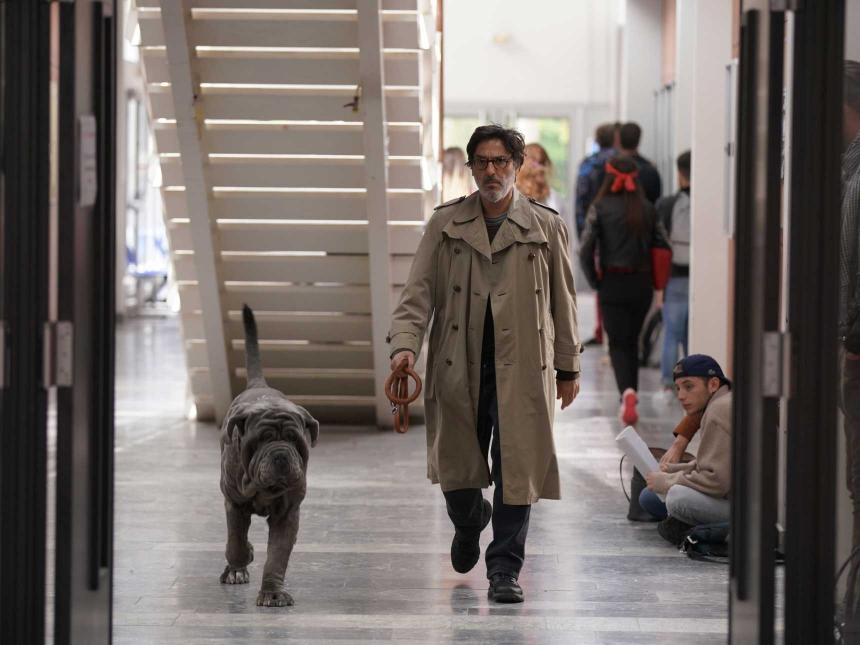 Henri is a middle-aged writer with fading inspiration. Feeling increasingly misunderstood by his family, he dreams of running away to start over again. Yet when he discovers a bad-mannered dog in his garden, he decides to adopt him, starting an unexpected friendship that inevitably upsets Henri’s family and neighbors. The bittersweet and moving comedy about love standing the test of time stars iconic real-life couple Charlotte Gainsbourg and Yvan Attal. 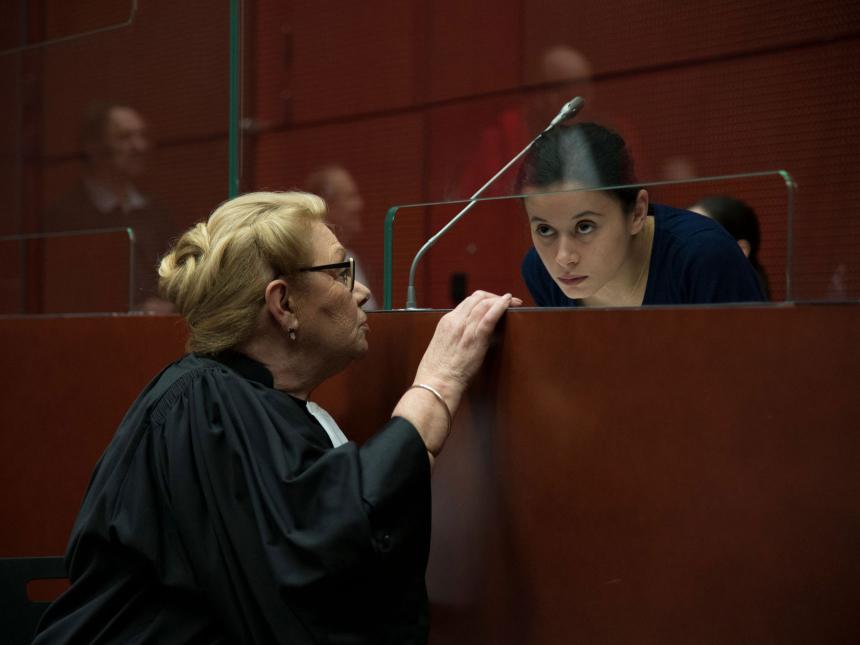 The Girl with a Bracelet

Sixteen-year-old Lise is accused of murdering her best friend. As the trial starts, her parents stand by her side. But once her secret life is revealed in court, the truth becomes indistinguishable. A young girl called to the witness stand casually drops the disarmingly simple words “I love you,” which are enough to give one chills. Throughout this unusually precise courtroom drama, words and their power are at the center of attention. 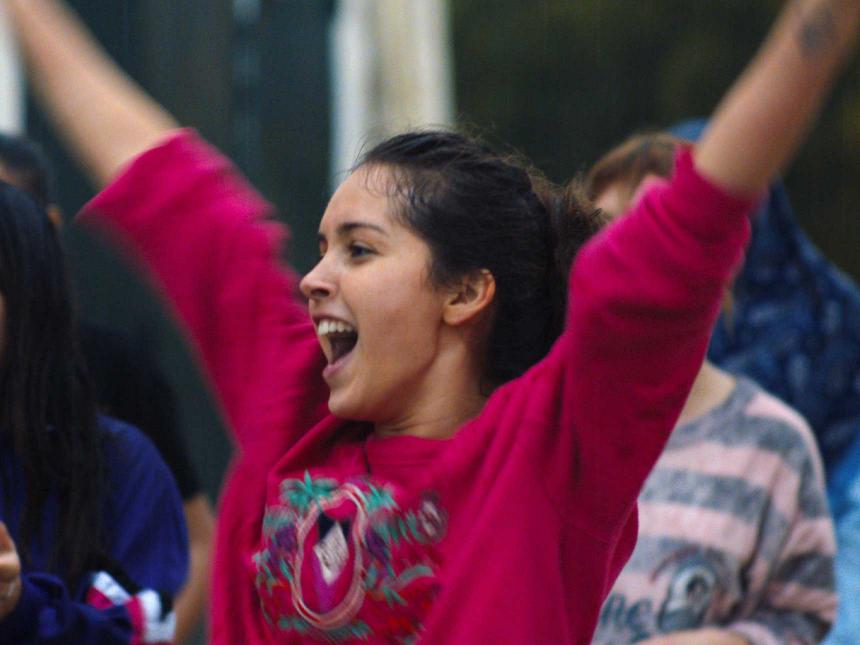 In 1990s Algeria, Nedjma, an 18-year-old student passionate about fashion design, refuses to let the tragic events of the Algerian Civil War to keep her from experiencing a normal life and going out at night with her friend Wassila. As the social climate becomes more conservative, she rejects the new bans set by the radicals and decides to fight for her freedom and independence by putting on a fashion show. 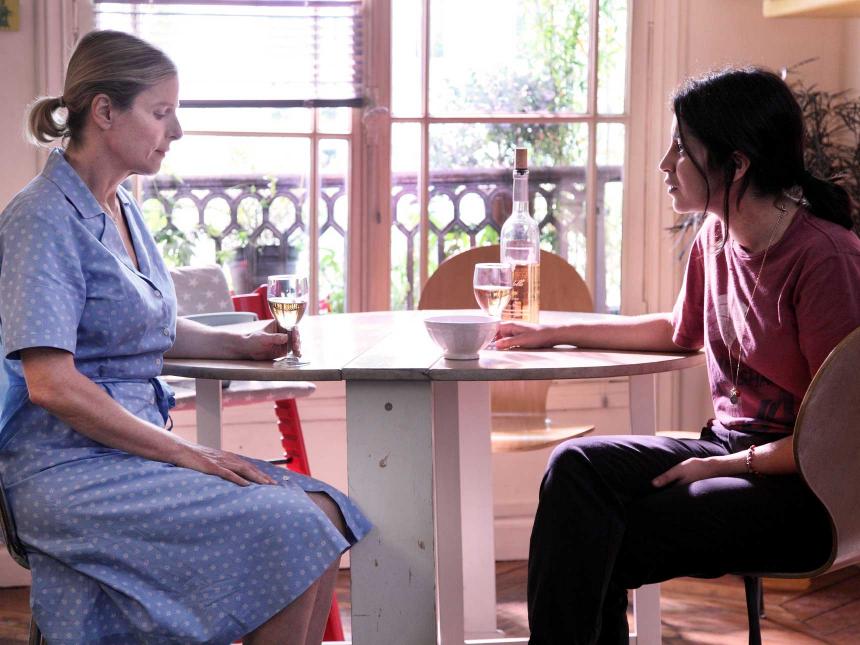 Myriam and Paul are a pair of Parisian bobos and parents of two young children, who are taking up all of Myriam’s time. When Myriam decides to go back to work, the couple starts looking for a nanny. When they finally find the perfect candidate, Louise, a poised 40-year old woman who is an instant hit with both kids and parents, they discover that appearances can be deceiving—even dangerous. 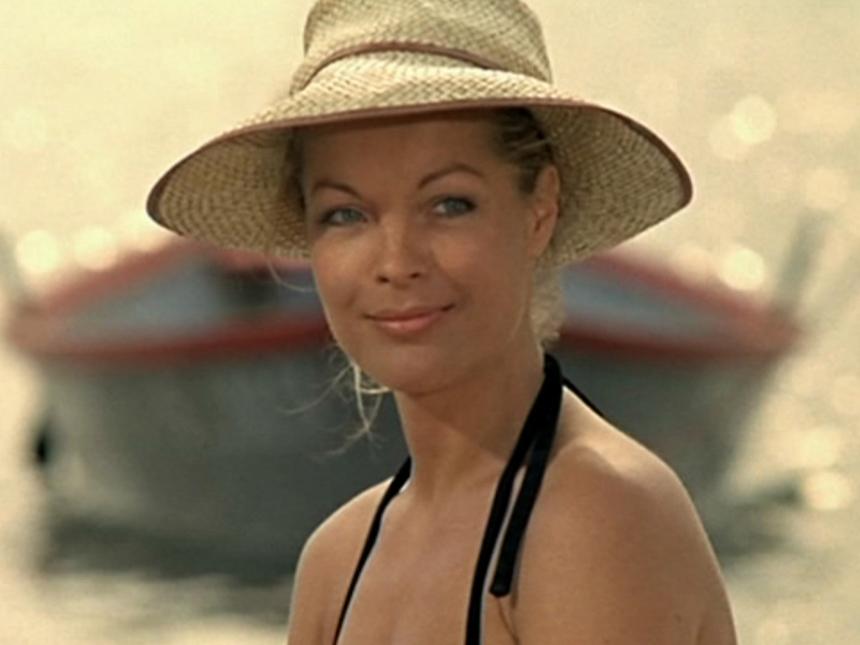 After her marriage ends in divorce, the beautiful Rosalie begins dating César, a wealthy playboy and businessman. But when her old flame David unexpectedly reenters her life, the two men simultaneously vie for her affections. César et Rosalie reunited Claude Sautet with his on-screen muse Romy Schneider, who according to Roger Ebert could “make a half-shy smile into the suggestion of unimaginable carnal possibilities.” 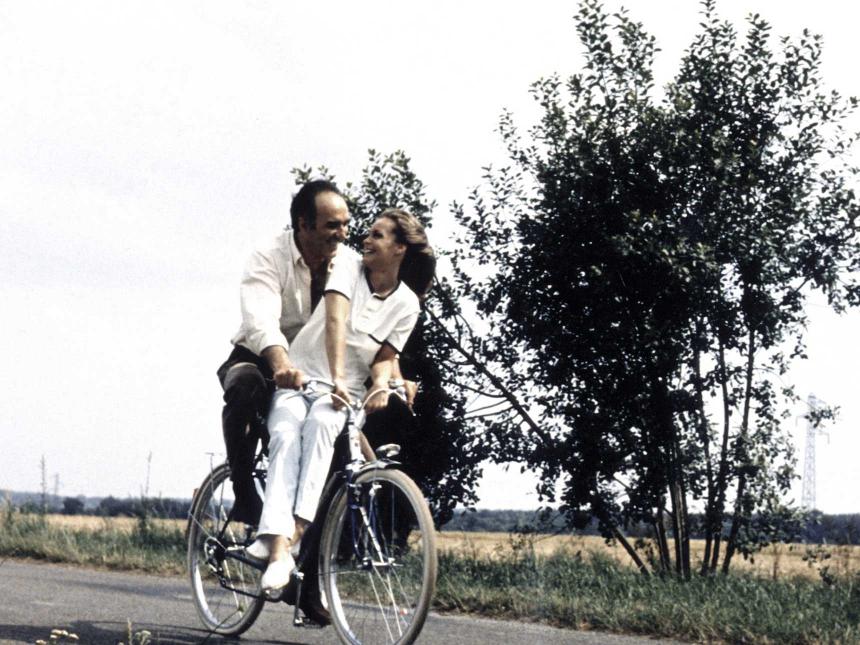 The Things of Life

Pierre, a middle-aged engineer, has his life flash before his eyes after being involved in a horrific car accident. While falling in and out of consciousness, he reflects on the recent events that have transpired between him and estranged wife, Catherine, and his young lover, Hélène. Based on the acclaimed Paul Guimard novel Intersection, The Things of Life won the 1969 Louis Delluc Prize. 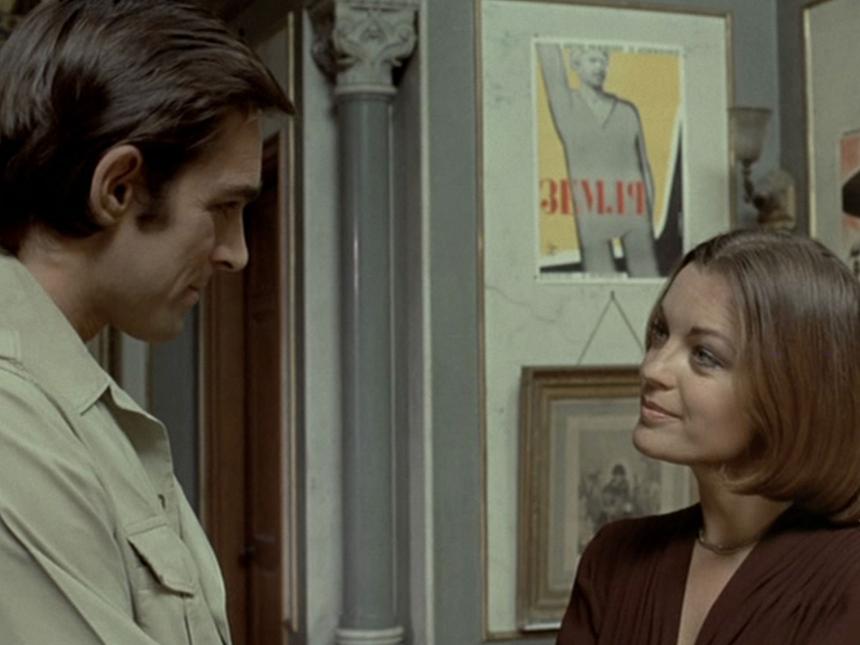 That Most Important Thing: Love

Nadine, a down-on-her-luck actress forced to earn a living by accepting demeaning roles negotiated by her erratic husband. When Nadine encounters tabloid photographer Servais on the set of her latest film, he is desperate to win her affections and secretly uses money borrowed from a shady associate to bankroll her next project, a production of Richard III with Nadine starring opposite the maniacal German thespian Karl-Heinz Zimmer.