Conservation in Action: Juno, Reattachment of the head, January 2013

Relocation and conservation of a Roman sculpture of the goddess Juno, early second century A.D.:
January 2013, Reattachment of the head

With the new nose and lips in place, conservators work with outside contractors to devise a safe, yet readily reversible, method to reattach the ancient marble head. Issues which complicate the process include the weight of the head (at about 380 pounds), the relatively small area of direct contact between the sculpture and the damaged lower edge of the neck, and the preexisting holes (likely from earlier repairs) in the head and body which penetrated the stone at different angles and diameters. However, with the help of a copy of the original head, templates of surfaces to be joined, and mock-ups of metal armatures to be used, a procedure to reattach the head is tested and finalized.

First, a metal rod, to which a pin is welded at the appropriate angle, is set into the body of the figure using epoxy, after a separation layer is applied to the marble surface. Into the head, a stainless steel tube is inserted to receive the pin and secured with masonry grout. Below is the underside of the head with the pin-tube system in place. (The orange staining in the marble was caused by a wrought iron pin used during a previous repair.) 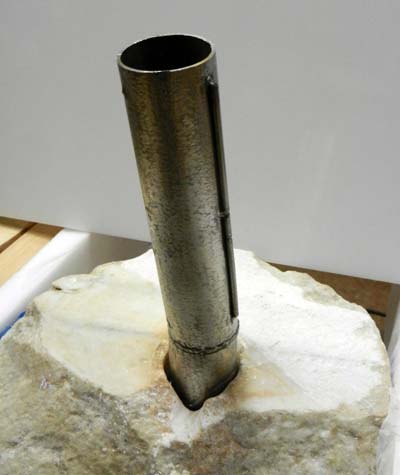 The head is lifted more than 13 feet in the air. 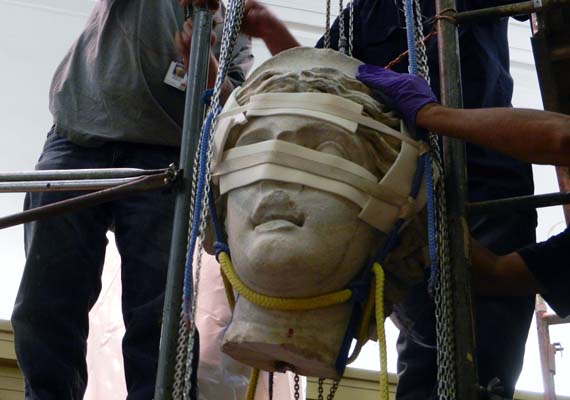 The head is then lowered onto the rod and secured with grout injected in the interior of the tube. 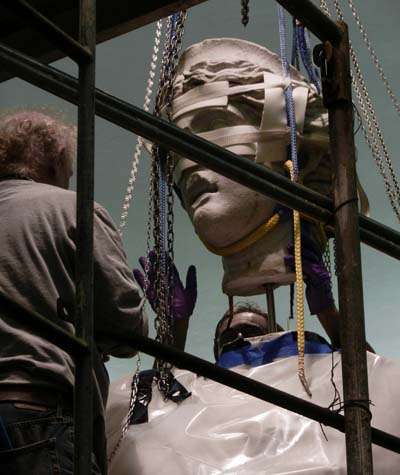 Movements are executed slowly and in a controlled manner, as the neck of the head remains fragile due to previous damage, including loss of substance and cracking. The head is shifted into position over the course of a few days during final attachment. 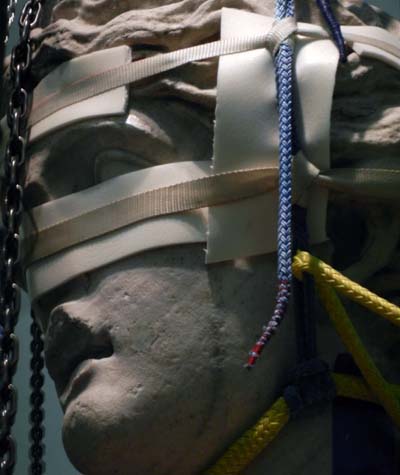 Finally, epoxy resin is applied to secure the head and lock the pin-tube system into the body. 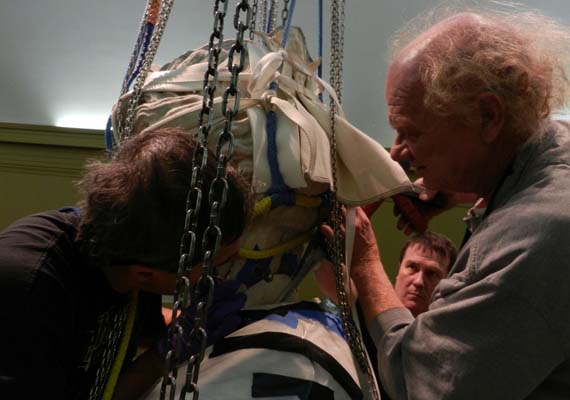