In the first week of December 2011, a large scaffold enclosure is erected to provide shelter from the winter weather. 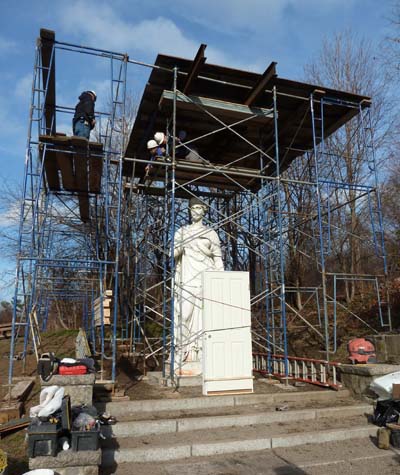 A rented generator supplies power for lights and tools. In addition, a heater running on fuel is brought onsite to keep the temperature within the enclosure above freezing, since large amounts of water are to be used during drilling and saw cutting. 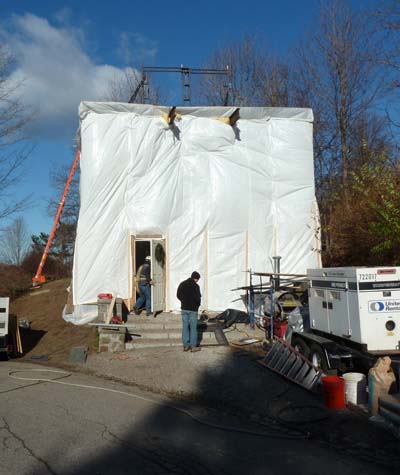 Over the next three weeks, staff will work feverishly to ensure the sculpture moves indoors before winter sets in.